Turn your Apple into the world’s most versatile personal computer. (May, 1982) 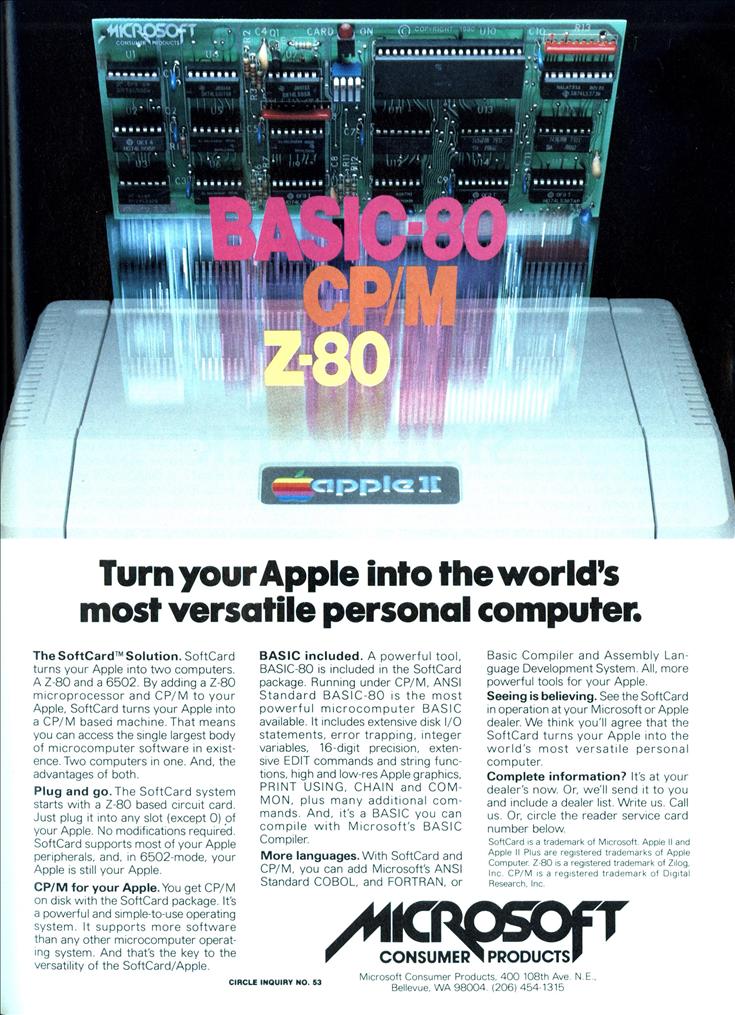 Turn your Apple into the world’s most versatile personal computer.

Plug and go. The Softcard system starts with a Z-80 based circuit card. Just plug it into any slot (except 0) of your Apple. No modifications required. Softcard supports most of your Apple peripherals, and, in 6502-mode, your Apple is still your Apple.

CP/M for your Apple. You get CP/M on disk with the Softcard package. It’s a powerful and simple-to-use operating system. It supports more software than any other microcomputer operating system. And that’s the key to the versatility of the SoftCard/Apple.

More languages. With Softcard and CP/M, you can add Microsoft’s ANSI Standard COBOL, and FORTRAN, or Basic Compiler and Assembly Language Development System. All, more powerful tools for your Apple. Seeing is believing. See the Softcard in operation at your Microsoft or Apple dealer. We think you’ll agree that the Softcard turns your Apple into the world’s most versatile personal computer.

Complete information? It’s at your dealer’s now. Or, we’ll send it to you and include a dealer list. Write us. Call us. Or, circle the reader service card number below.