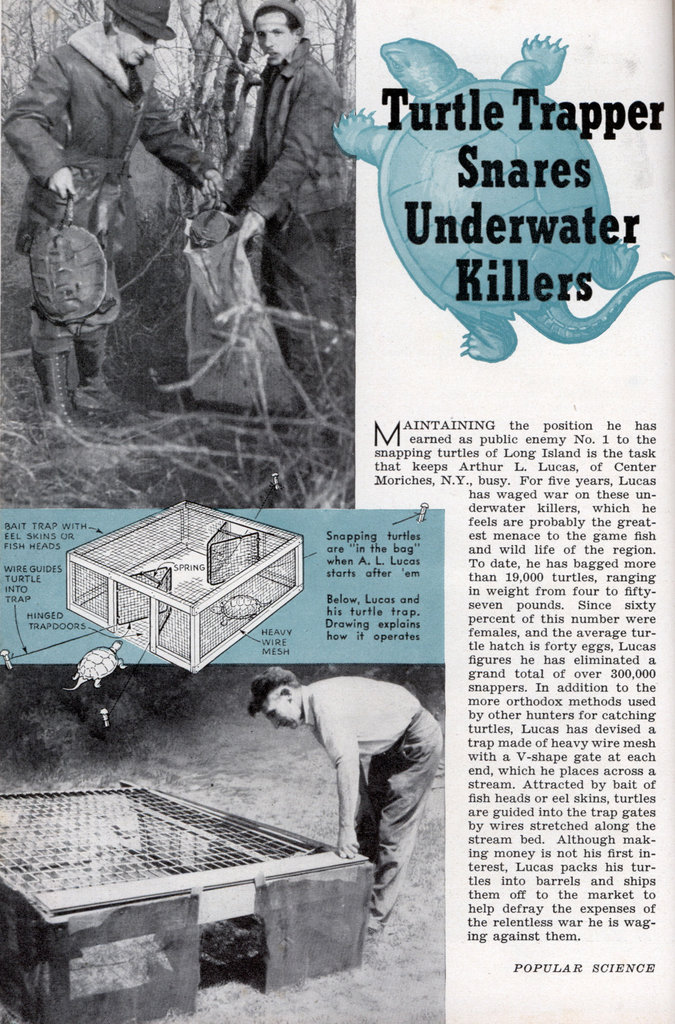 Turtle Trapper Snares Underwater Killers
MAINTAINING the position he has earned as public enemy No. 1 to the snapping turtles of Long Island is the task that keeps Arthur L. Lucas, of Center Moriches, N.Y., busy. For five years, Lucas has waged war on these underwater killers, which he feels are probably the greatest menace to the game fish and wild life of the region.

To date, he has bagged more than 19,000 turtles, ranging in weight from four to fifty-seven pounds. Since sixty percent of this number were females, and the average turtle hatch is forty eggs, Lucas figures he has eliminated a grand total of over 300,000 snappers. In addition to the more orthodox methods used by other hunters for catching turtles, Lucas has devised a trap made of heavy wire mesh with a V-shape gate at each end, which he places across a stream. Attracted by bait of fish heads or eel skins, turtles are guided into the trap gates by wires stretched along the stream bed. Although making money is not his first interest, Lucas packs his turtles into barrels and ships them off to the market to help defray the expenses of the relentless war he is waging against them.