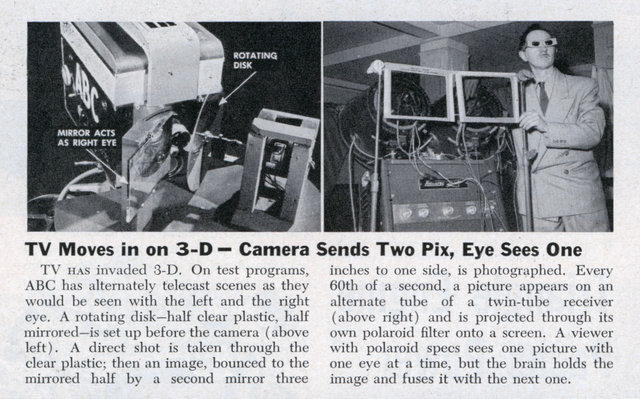 TV has invaded 3-D. On test programs, ABC has alternately telecast scenes as they would be seen with the left and the right eye. A rotating disk—half clear plastic, half mirrored—is set up before the camera (above left). A direct shot is taken through the clear plastic; then an image, bounced to the mirrored half by a second mirror three inches to one side, is photographed. Every 60th of a second, a picture appears on an alternate tube of a twin-tube receiver (above right) and is projected through its own polaroid filter onto a screen. A viewer with polaroid specs sees one picture with one eye at a time, but the brain holds the image and fuses it with the next one.