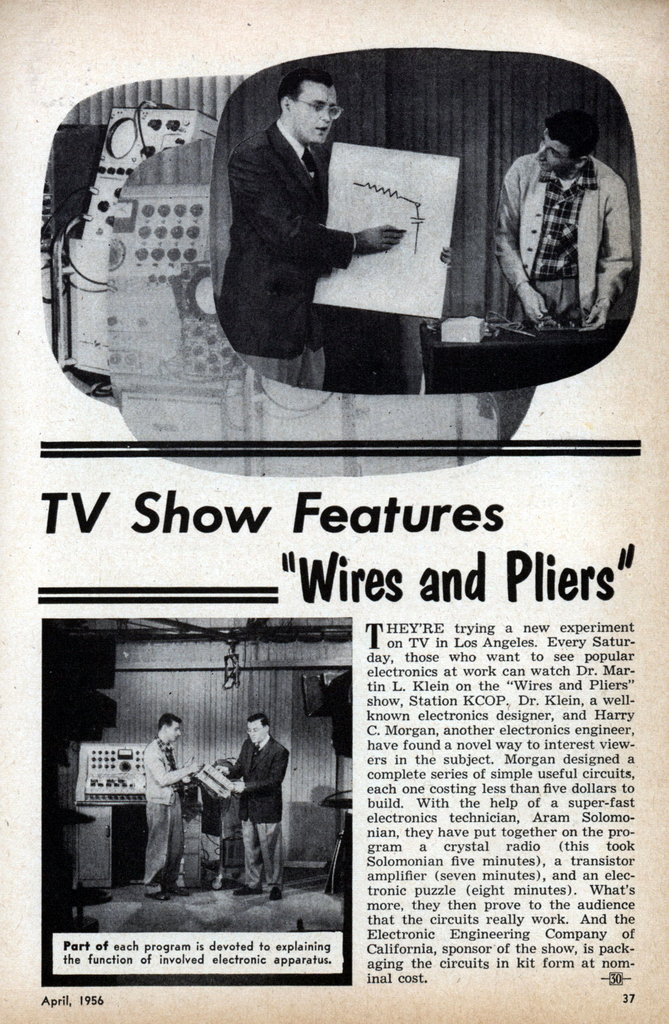 TV Show Features “Wires and Pliers”
THEY’RE trying a new experiment on TV in Los Angeles. Every Saturday, those who want to see popular electronics at work can watch Dr. Martin L. Klein on the “Wires and Pliers” show, Station KCOP. Dr. Klein, a well-known electronics designer, and Harry C. Morgan, another electronics engineer, have found a novel way to interest viewers in the subject. Morgan designed a complete series of simple useful circuits, each one costing less than five dollars to build. With the help of a super-fast electronics technician, Aram Solomo-nian, they have put together on the program a crystal radio (this took Solomonian five minutes), a transistor amplifier (seven minutes), and an electronic puzzle (eight minutes). What’s more, they then prove to the audience that the circuits really work. And the Electronic Engineering Company of California, sponsor of the show, is packaging the circuits in kit form at nominal cost.