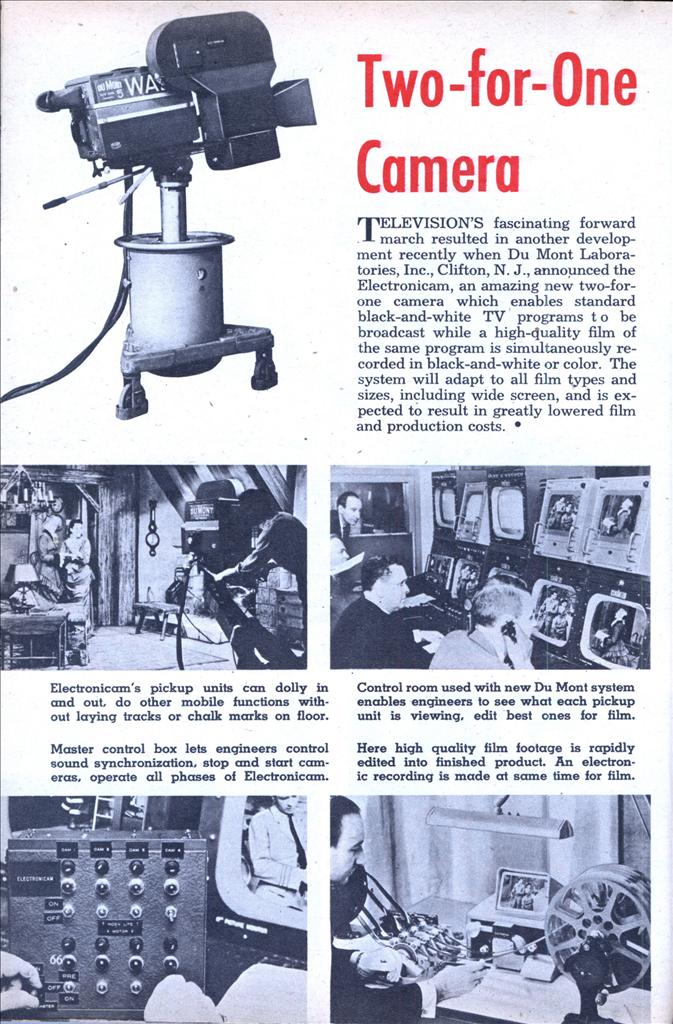 Two-for-One Camera
TELEVISION’S fascinating forward march resulted in another development recently when Du Mont Laboratories, Inc., Clifton, N. J., announced the Electronicam, an amazing new two-for-one camera which enables standard black-and-white TV programs to be broadcast while a high-quality film of the same program is simultaneously recorded in black-and-white or color. The system will adapt to all film types and sizes, including wide screen, and is expected to result in greatly lowered film and production costs.