Sharp reintroduced this idea last year with the Dual View, an LCD that allows two viewers to see different images depending on their viewing angle. Though frankly I think the glasses make this one look much cooler. Even the dog has a pair. 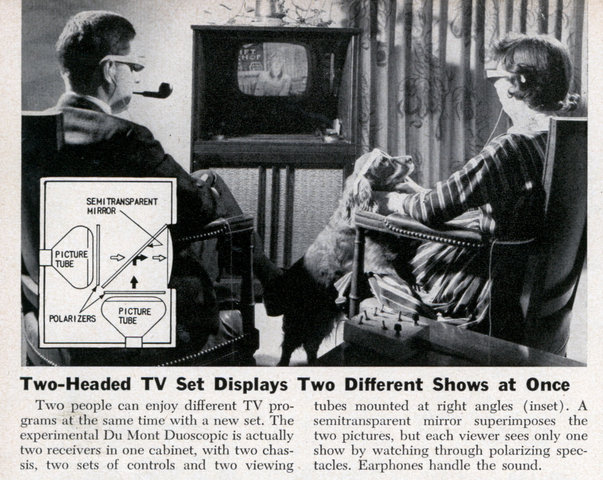 Two people can enjoy different TV programs at the same time with a new set. The experimental Du Mont Duoscopic is actually two receivers in one cabinet, with two chassis, two sets of controls and two viewing tubes mounted at right angles (inset). A semitransparent mirror superimposes the two pictures, but each viewer sees only one show by watching through polarizing spectacles. Earphones handle the sound.