That’s actually very impressive. I wonder how well it worked. 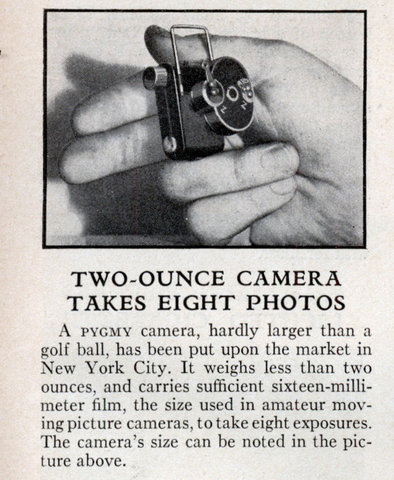 TWO-OUNCE CAMERA TAKES EIGHT PHOTOS
A pygmy camera, hardly larger than a golf ball, has been put upon the market in New York City. It weighs less than two ounces, and carries sufficient sixteen-millimeter film, the size used in amateur moving picture cameras, to take eight exposures. The camera’s size can be noted in the picture above.