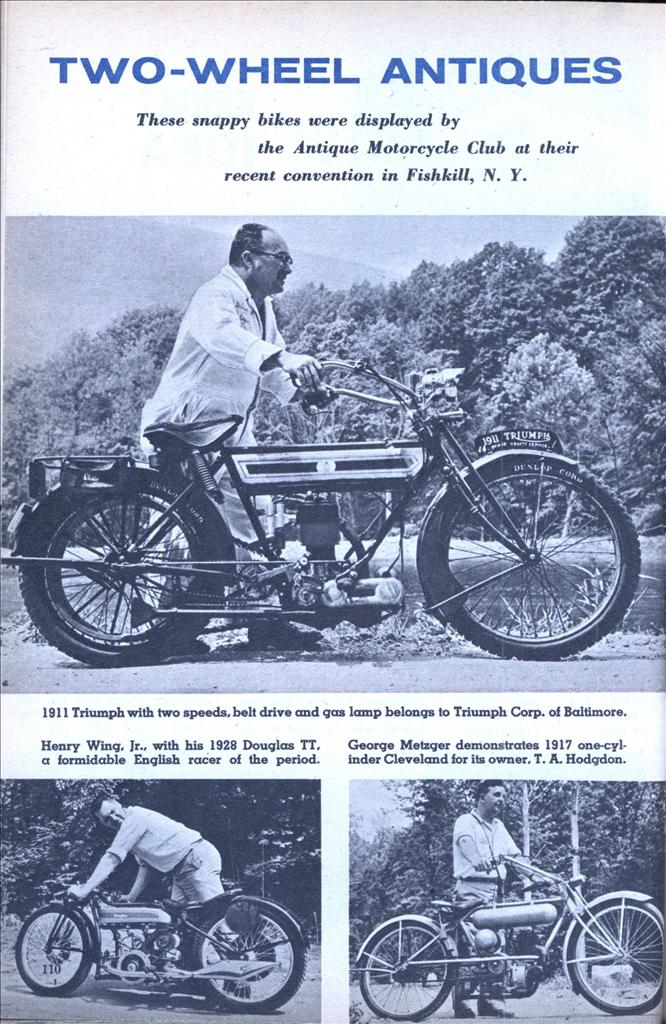 These snappy bikes were displayed by the Antique Motorcycle Club at their recent convention in Fishkill, N. Y.

Henry Wing, Jr., with his 1928 Douglas TT. a formidable English racer of the period.

T. A. Hodgdon, vice-president of the Club, puts a lucifer to gas headlight on his 1916 Excelsior.

1924 Nera-Car was a pile of junk; owner L. Risoli restored it in only three weeks.

Eleven-year-old Donald Wing and his 1903 Indian, the oldest motorcycle in the Club.