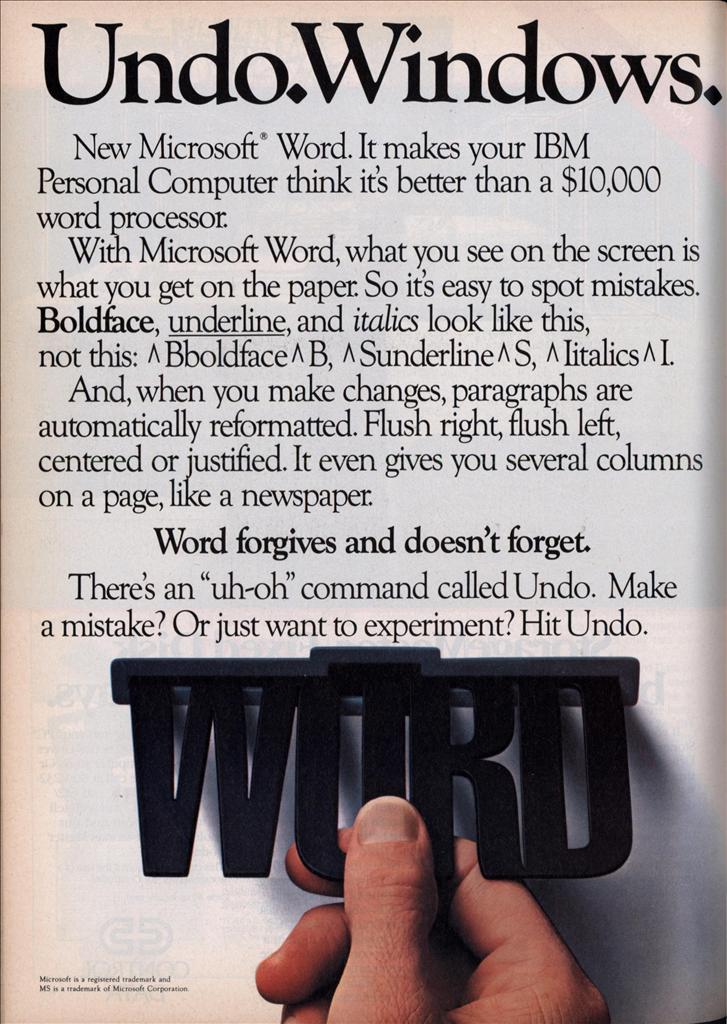 New Microsoft Word. It makes your IBM Personal Computer think its better than a $10,000 word processor With Microsoft Word, what you see on the screen is what you get on the paper So its easy to spot mistakes. Boldface, underline, and italics look like this, not this: ^Bboldface^B, ^Sunderline^S, ^Italics^I And, when you make changes, paragraphs are automatically reformatted. Flush right, flush left, centered or justified. It even gives you several columns on a page, like a newspaper.

Word undoes your last change and remembers things the way they were.

Word has a Mouse, a handy little critter that lets you move copy, select commands and edit faster than you can say “cheese.”

Word also lets you create your own style sheets, so “you can standardize your documents, memos, files and letters.

It’s not surprising that Microsoft has a way with Word. We designed the MS™ DOS operating system that tells the IBM® PC how to think. And we pioneered the first microcomputer BASIC, the language spoken by nine out of ten micros worldwide.