Modern Mechanix
Issue: May, 1930
Posted in: Movies
3 Comments on Unique Film Trebles Width of Movies (May, 1930) 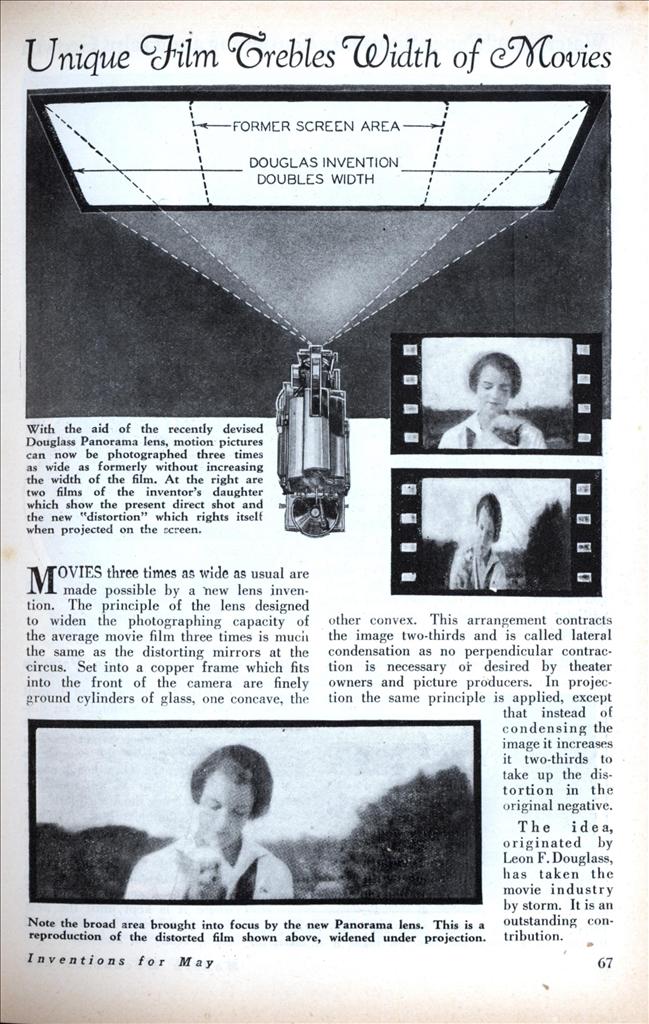 MOVIES three times as wide as usual are made possible by a new lens invention. The principle of the lens designed to widen the photographing capacity of the average movie film three times is much the same as the distorting mirrors at the circus. Set into a copper frame which fits into the front of the camera are finely ground cylinders of glass, one concave, the other convex. This arrangement contracts the image two-thirds and is called lateral condensation as no perpendicular contraction is necessary or desired by theater owners and picture producers. In projection the same principle is applied, except that instead of condensing the image it increases it two-thirds to take up the distortion in the original negative.

The idea, originated by Leon F. Douglass, has taken the movie industry by storm. It is an outstanding contribution.