Seems like that would be a pretty slow rescue… 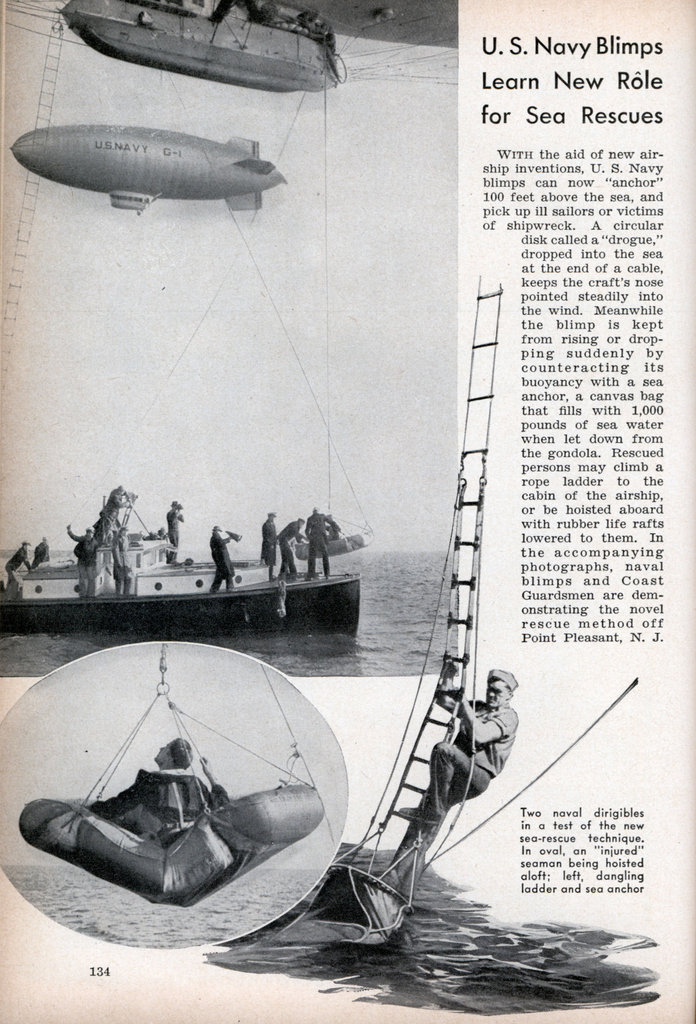 U.S. Navy Blimps Learn New Role for Sea Rescues
With the aid of new airship inventions, U. S. Navy blimps can now “anchor” ” 100 feet above the sea, and pick up ill sailors or victims of shipwreck. A circular disk called a “drogue,” dropped into the sea at the end of a cable, keeps the craft’s nose pointed steadily into the wind. Meanwhile the blimp is kept from rising or dropping suddenly by counteracting its buoyancy with a sea anchor, a canvas bag that fills with 1,000 pounds of sea water when let down from the gondola. Rescued persons may climb a rope ladder to the cabin of the airship, or be hoisted aboard with rubber life rafts lowered to them. In the accompanying photographs, naval blimps and Coast Guardsmen are demonstrating the novel rescue method off Point Pleasant, N. J.