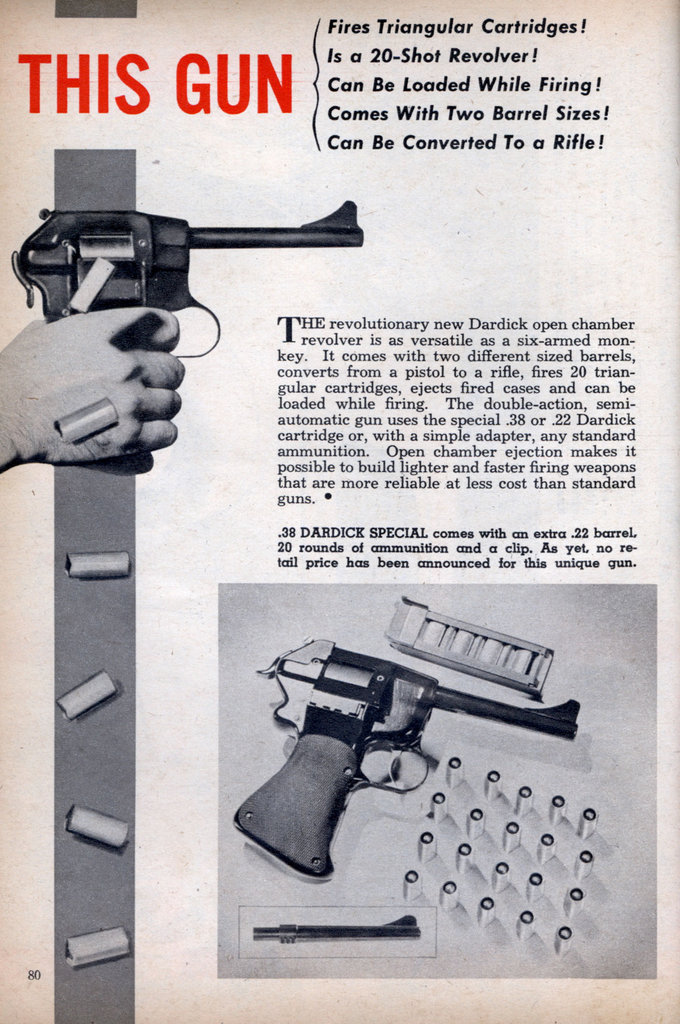 Fires Triangular Cartridges!
Is a 20-Shot Revolver!
Can Be Loaded While Firing!
Comes With Two Barrel Sizes!
Can Be Converted To a Rifle!

THE revolutionary new Dardick open chamber revolver is as versatile as a six-armed monkey. It comes with two different sized barrels, converts from a pistol to a rifle, fires 20 triangular cartridges, ejects fired cases and can be loaded while firing. The double-action, semiautomatic gun uses the special .38 or .22 Dardick cartridge or, with a simple adapter, any standard ammunition. Open chamber ejection makes it possible to build lighter and faster firing weapons that are more reliable at less cost than standard guns.