According to wikipedia this was the 3rd drive-in to open in the U.S. 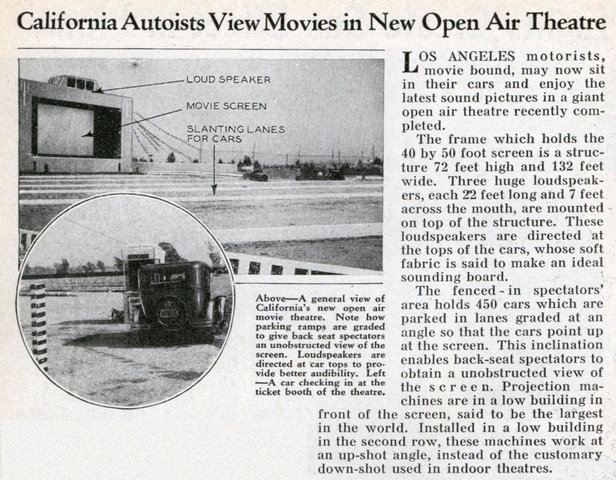 The frame which holds the 40 by 50 foot screen is a structure 72 feet high and 132 feet wide. Three huge loudspeakers, each 22 feet long and 7 feet across the mouth, are mounted on top of the structure. These loudspeakers are directed at the tops of the cars, whose soft fabric is said to make an ideal sounding board.

The fenced – in spectators’ area holds 450 cars which are parked in lanes graded at an angle so that the cars point up at the screen. This inclination enables back-seat spectators to obtain a unobstructed view of the screen. Projection machines are in a low building in front of the screen, said to be the largest in the world. Installed in a lov building in the second row, these machines work at an up-shot angle, instead of the customary down-shot used in indoor theatres.