Science Illustrated
Issue: Feb, 1947
Posted in: How to, Science
No Comments on VISUALIZING SOUND (Feb, 1947) 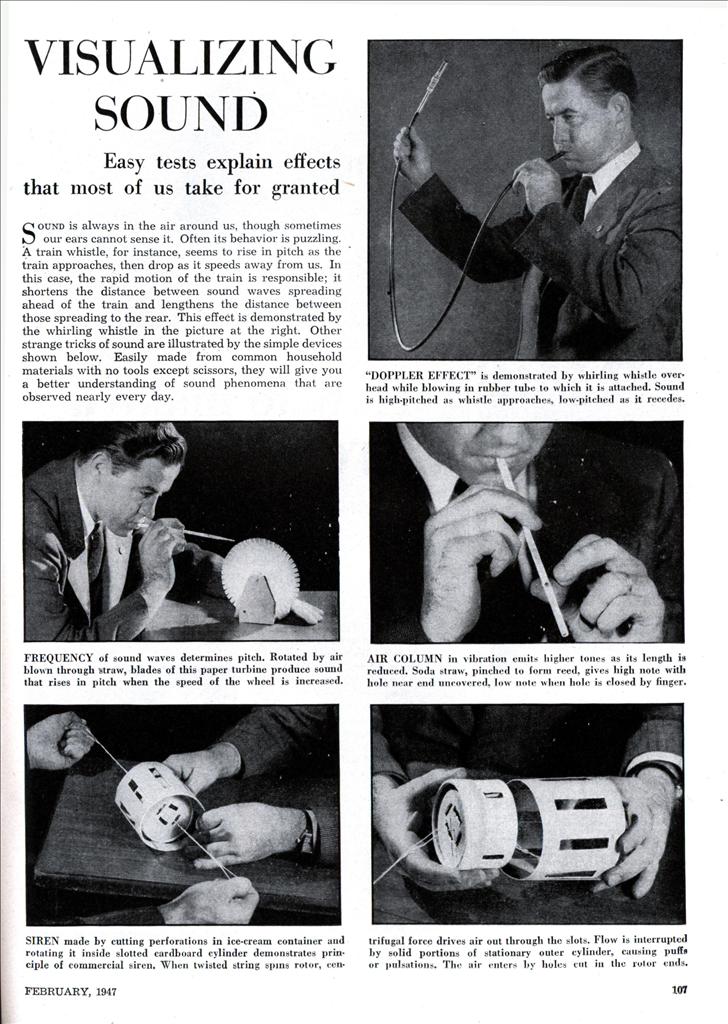 Easy tests explain effects that most of us take for granted

Sound is always in the air around us, though sometimes our ears cannot sense it. Often its behavior is puzzling. A train whistle, for instance, seems to rise in pitch as the train approaches, then drop as it speeds away from us. In this case, the rapid motion of the train is responsible; it shortens the distance between sound waves spreading ahead of the train and lengthens the distance between those spreading to the rear. This effect is demonstrated by the whirling whistle in the picture at the right. Other strange tricks of sound are illustrated by the simple devices shown below. Easily made from common household materials with no tools except scissors, they will give you a better understanding of sound phenomena that are observed nearly every day.