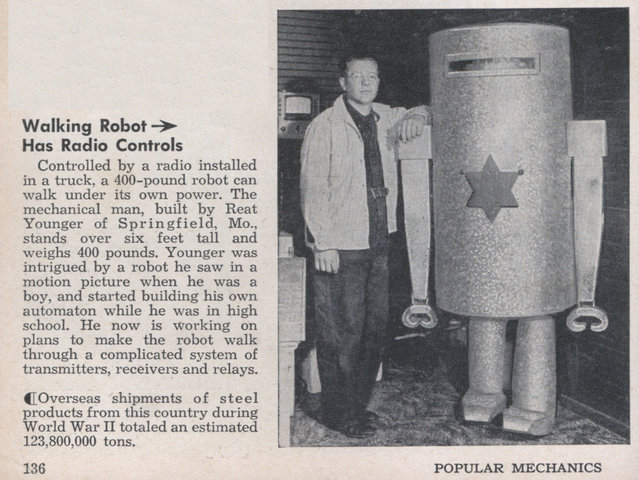 Controlled by a radio installed in a truck, a 400-pound robot can walk under its own power. The mechanical man, built by Reat Younger of Springfield, Mo., stands over six feet tall and weighs 400 pounds. Younger was intrigued by a robot he saw in a motion picture when he was a boy, and started building his own automaton while he was in high school. He now is working on plans to make the robot walk through a complicated system of transmitters, receivers and relays.