We must remain vigilant in the war against hail. Support your leaders or the hail wins. 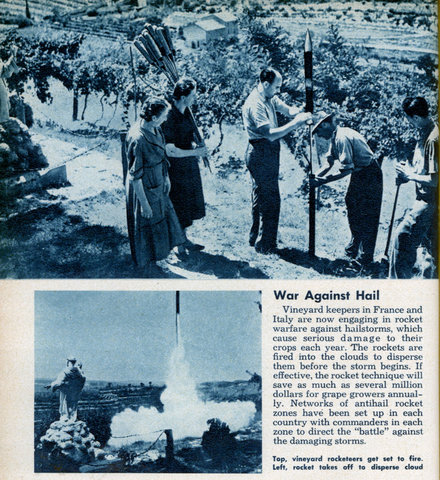 War Against Hail
Vineyard keepers in France and Italy are now engaging in rocket warfare against hailstorms, which cause serious damage to their crops each year. The rockets are fired into the clouds to disperse them before the storm begins. If effective, the rocket technique will save as much as several million dollars for grape growers annually. Networks of antihail rocket zones have been set up in each country with commanders in each zone to direct the “battle” against the damaging storms.