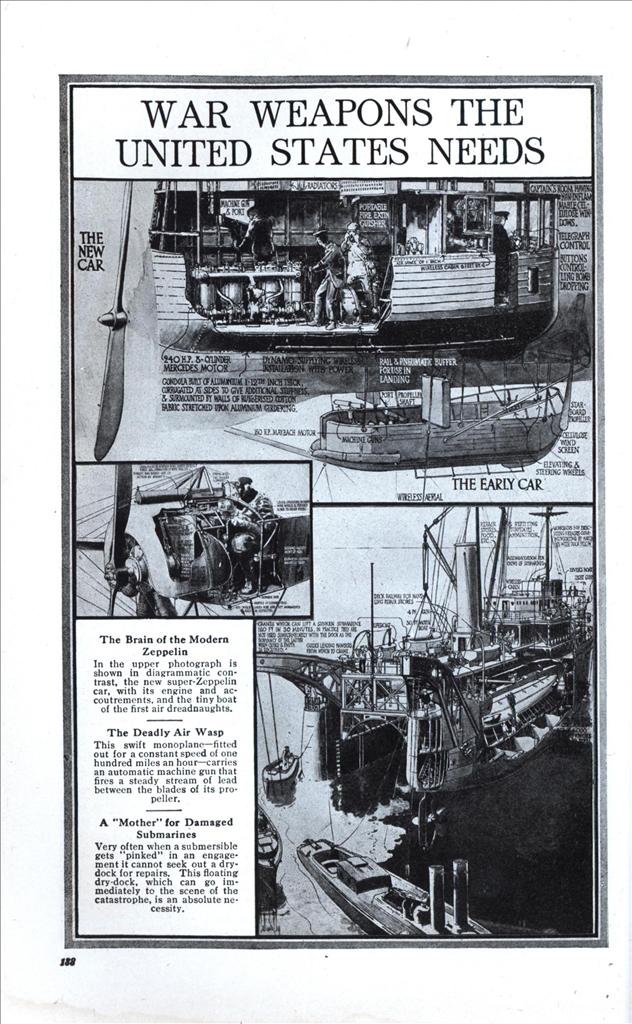 The Brain of the Modern Zeppelin

In the upper photograph is shown in diagrammatic contrast, the new super-Zeppelin car, with its engine and accoutrements. and the tiny boat of the first air dreadnaughts.

This swift monoplane—fitted out for a constant speed of one hundred miles an hour—carries an automatic machine gun that fires a steady stream of lead between the blades of its propeller.

A “Mother” for Damaged

Submarines Very often when a submersible gets “pinked” in an engagement it cannot seek out a dry-dock for repairs. This floating dry-dock, which can go immediately to the scene of the catastrophe, is an absolute necessity.

In this drawing the super-Zeppelin, the dreadnaught, and the new submarine are shown in diagram in a correct size relation to one another.