Poor King Khufu. If only he had an internal combustion engine he wouldn’t have had to waste 300,000 perfectly good slaves building an eternal monument to diefy himself. He could have used engines AND the lives of 300,000 slaves to build a REALLY big pyramid. 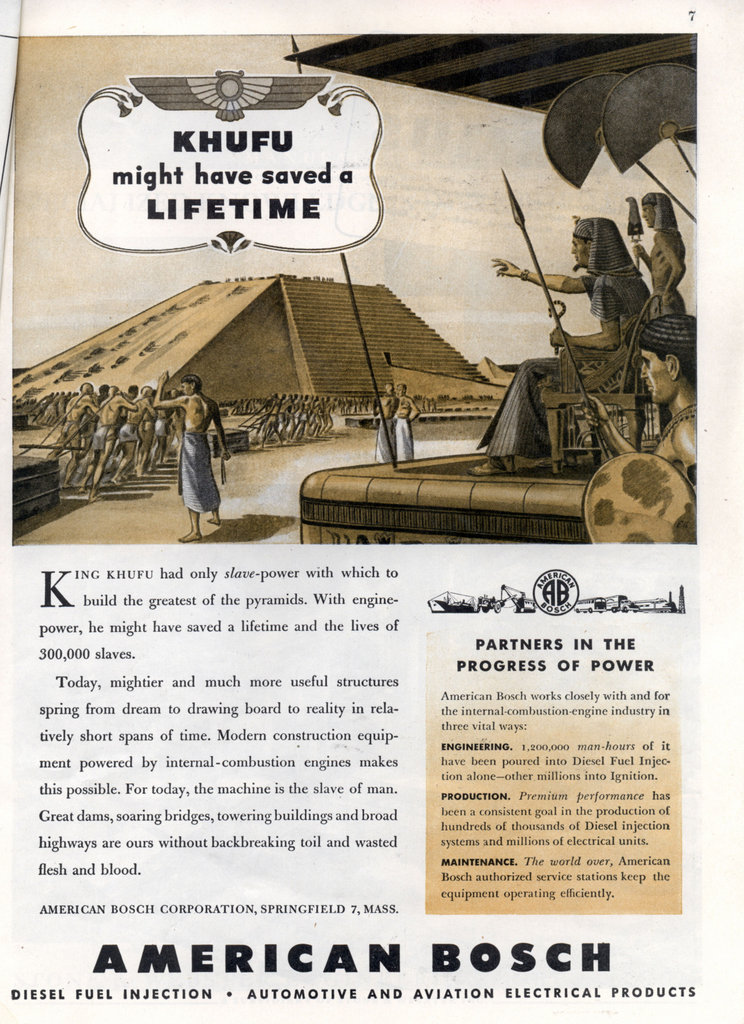 KING KHUFU had only slave-power with which to build the greatest of the pyramids. With engine-power, he might have saved a lifetime and the lives of
300,000 slaves.

Today, mightier and much more useful structures spring from dream to drawing board to reality in relatively short spans of time. Modern construction equip-ment powered by internal-combustion engines makes this possible. For today, the machine is the slave of man. Great dams, soaring bridges, towering buildings and broad highways are ours without backbreaking toil and wasted flesh and blood.

PARTNERS IN THE PROGRESS OF POWER

American Bosch works closely with and for the internal-combustion-engine industry in three vital ways:

ENGINEERING. 1,200,000 man-hours of it have been poured into Diesel Fuel Injection aloneâ€”other millions into Ignition.

PRODUCTION. Premium performance has been a consistent goal in the production of hundreds of thousands of Diesel injection systems and millions of electrical units.