We dug and refilled a 4000-mile trench to protect 9300 communications circuits against disaster (Apr, 1965) 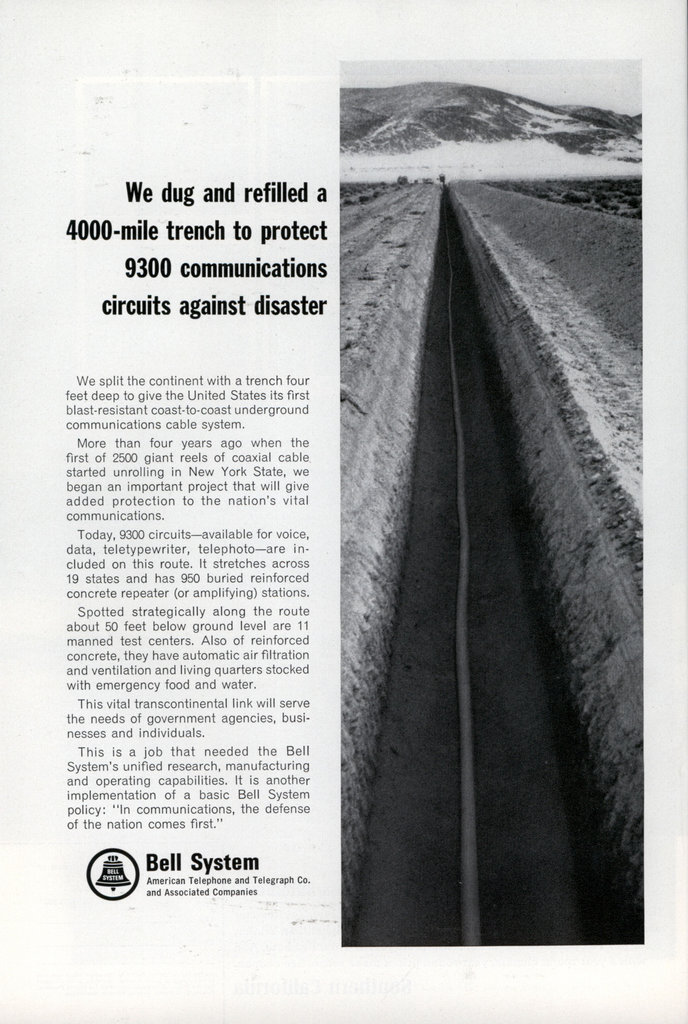 We split the continent with a trench four feet deep to give the United States its first blast-resistant coast-to-coast underground communications cable system.

More than four years ago when the first of 2500 giant reels of coaxial cable, started unrolling in New York State, we began an important project that will give added protection to the nation’s vital communications.

Today, 9300 circuits—available for voice, data, teletypewriter, telephoto—are included on this route. It stretches across 19 states and has 950 buried reinforced concrete repeater (or amplifying) stations.

Spotted strategically along the route about 50 feet below ground level are 11 manned test centers. Also of reinforced concrete, they have automatic air filtration and ventilation and living quarters stocked with emergency food and water.

This vital transcontinental link will serve the needs of government agencies, businesses and individuals.

This is a job that needed the Bell System’s unified research, manufacturing and operating capabilities. It is another implementation of a basic Bell System policy: “In communications, the defense of the nation comes first.”