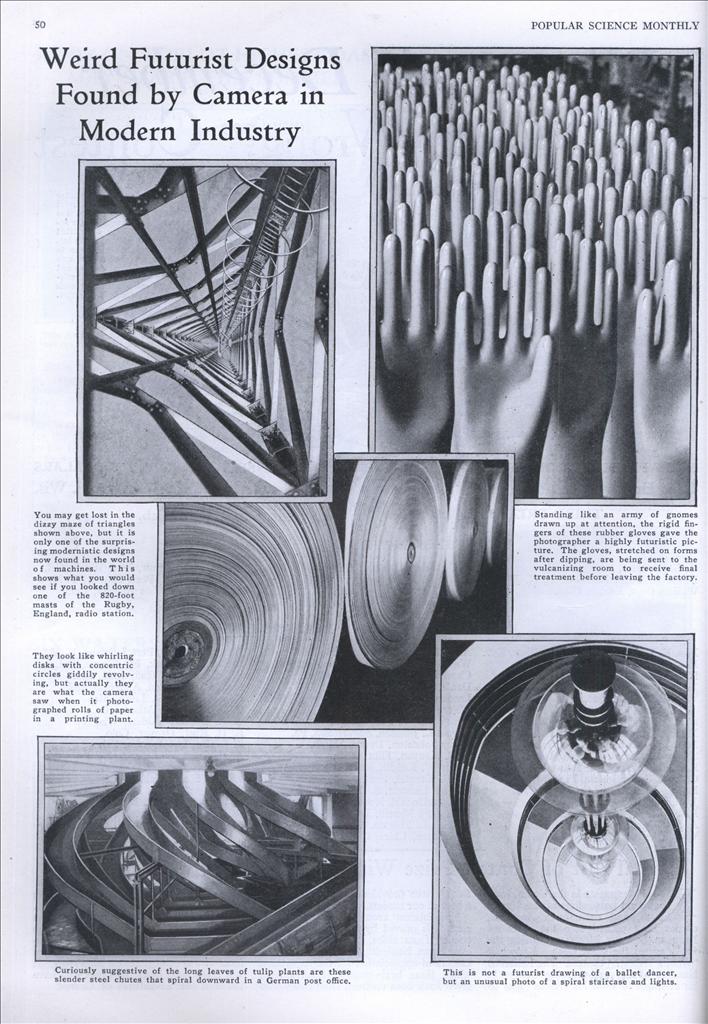 You may get lost in the dizzy maze of triangles shown above, but it is only one of the surprising modernistic designs now found in the world of machines. This shows what you would see if you looked down one of the 820-foot masts of the Rugby, England, radio station.

They look like whirling disks with concentric circles giddily revolving, but actually they are what the camera saw when it photographed rolls of paper in a printing plant.

Curiously suggestive of the long leaves of tulip plants are these slender steel chutes that spiral downward in a German post office.

Standing like an army of gnomes drawn up at attention, the rigid fingers of these rubber gloves gave the photographer a highly futuristic picture. The gloves, stretched on forms after dipping, are being sent to the vulcanizing room to receive final treatment before leaving the factory.

This is not a futurist drawing of a ballet dancer, but an unusual photo of a spiral staircase and lights.