Given that the current consensus is that the universe is around 13.75 billion years old that was a pretty good guess. Although with the exception of the Big Rip, most scenarios for the ultimate fate of the universe give us trillions of years at a minimum. 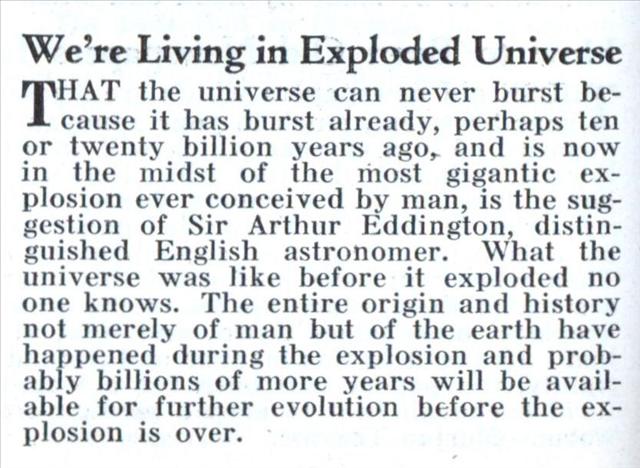 THAT the universe can never burst because it has burst already, perhaps ten or twenty billion years ago, and is now in the midst of the most gigantic explosion ever conceived by man, is the suggestion of Sir Arthur Eddington, distinguished English astronomer. What the universe was like before it exploded no one knows. The entire origin and history not merely of man but of the earth have happened during the explosion and probably billions of more years will be available for further evolution before the explosion is over.