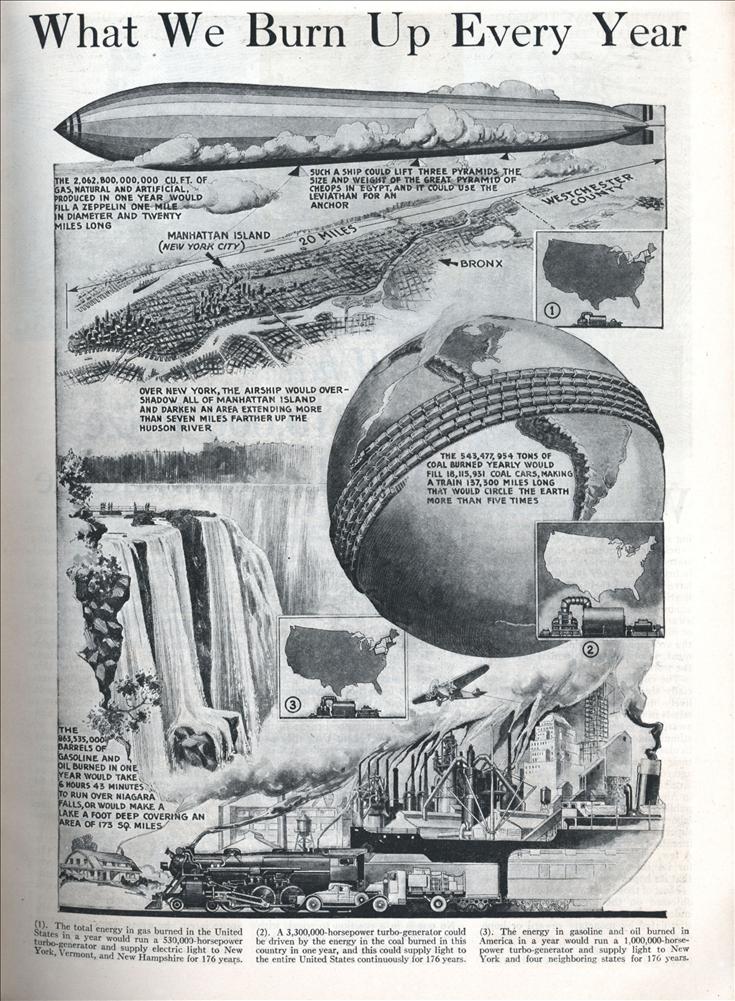 What We Burn Up Every Year

(1). The total energy in gas burned in the United States in a year would run a 530,000-horsepower turbo-generated and supply electric light to New York, Vermont, and New Hampshire for 176.

(2). A 3,300,000-horsepower turbo-generator could be driven by the energy in the coal burned in this country in one year, and this could supply light to the entire United States continuously for 176 years.

(3). The energy in gasoline and oil burned in America in a year would run a 1,000,000-horse-power turbo-generator and supply light to New York and four neighboring states for 176 years.