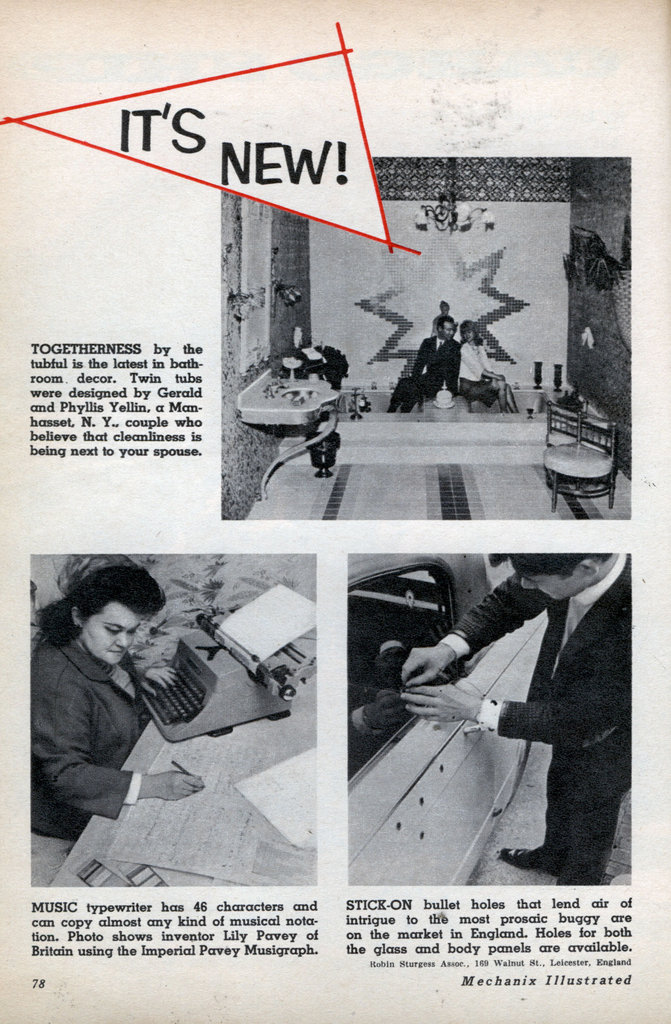 TOGETHERNESS by the tubful is the latest in bathroom decor. Twin tubs were designed by Gerald and Phyllis Yellin, a Manhasset N. Y. couple who believe that cleanliness is being next to your spouse.

STICK-ON bullet holes that lend air of intrigue to the most prosaic buggy are on the market in England. Holes for both the glass and body panels are available.

MARKET BAG is inflatable for use as seat cushion or headrest Handy ait beach. for long-distance travel, for toting or for just loafing.

DEPTH gauge for tire treads tells you when tire is becoming too smooth to be safe. If gauge reads less than 2mm, new tire is advised.

GEOCHRON, developed by W. German teacher Tom Gottberg, tells the time in all major cities of the world. The expected price is about $25.

WEST COAST kids have taken to the king-size sissy bar as a handy place to mount a headrest or hang an ornament Price is $3.50.