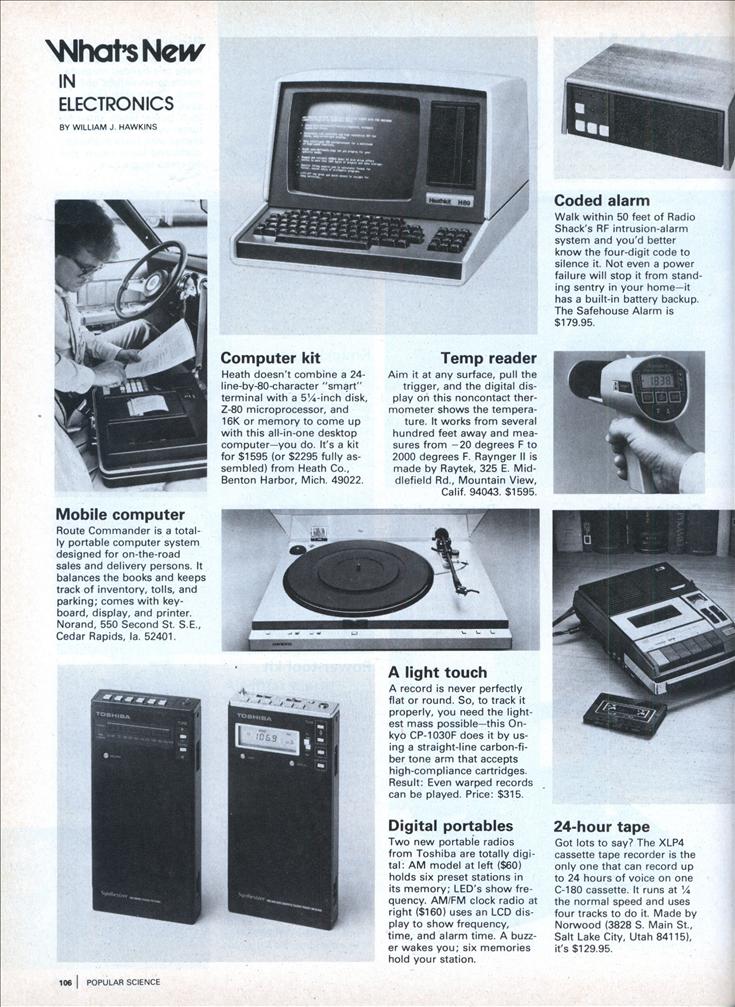 Walk within 50 feet of Radio Shack’s RF intrusion-alarm system and you’d better know the four-digit code to silence it. Not even a power failure will stop it from standing sentry in your home—it has a built-in battery backup. The Safehouse Alarm is $179.95.

A record is never perfectly flat or round. So, to track it properly, you need the lightest mass possible—this Onkyo CP-1030F does it by using a straight-line carbon-fiber tone arm that accepts high-compliance cartridges. Result: Even warped records can be played. Price: $315.

Aim it at any surface, pull the trigger, and the digital display on this noncontact thermometer shows the temperature. It works from several hundred feet away and measures from -20 degrees F to 2000 degrees F. Raynger II is made by Raytek, 325 E. Middlefield Rd., Mountain View, Calif. 94043. $1595.