Of course the Sony Soundabout was later renamed the Sony Walkman. 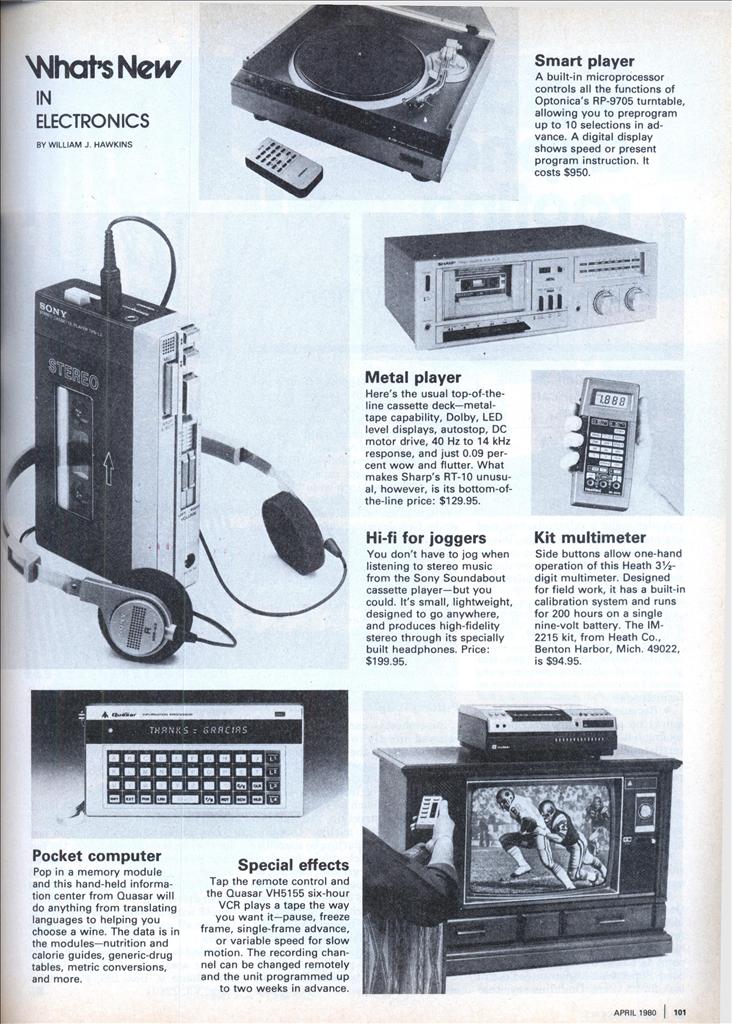 You don’t have to jog when listening to stereo music from the Sony Soundabout cassette player—but you could. It’s small, lightweight, designed to go anywhere, and produces high-fidelity stereo through its specially built headphones. Price: $199.95.

A built-in microprocessor controls all the functions of Optonica’s RP-9705 turntable, allowing you to preprogram up to 10 selections in advance. A digital display shows speed or present program instruction. It costs $950.

Pop in a memory module and this hand-held information center from Quasar will do anything from translating languages to helping you choose a wine. The data is in the modules—nutrition and calorie guides, generic-drug tables, metric conversions, and more.

Tap the remote control and the Quasar VH5155 six-hour VCR plays a tape the way you want it—pause, freeze frame, single-frame advance, or variable speed for slow motion. The recording channel can be changed remotely and the unit programmed up to two weeks in advance.