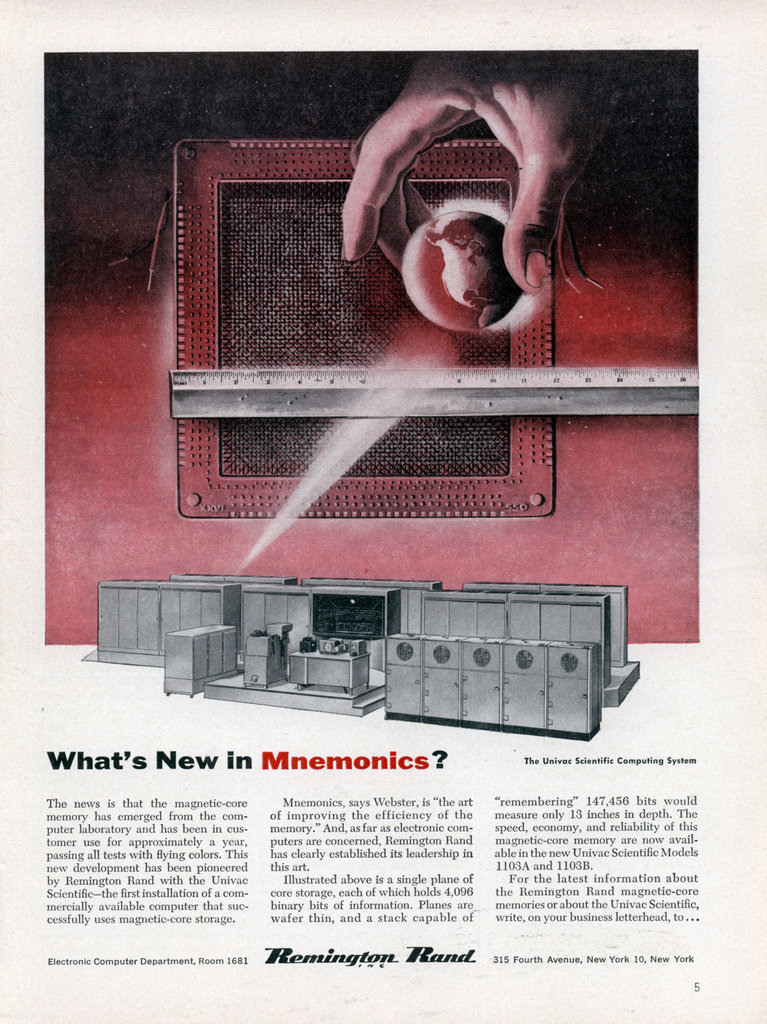 The news is that the magnetic-core memory has emerged from the computer laboratory and has been in customer use for approximately a year, passing all tests with flying colors. This new development has been pioneered by Remington Rand with the Univac Scientificâ€”the first installation of a commercially available computer that successfully uses magnetic-core storage.

Mnemonics, says Webster, is “the art of improving the efficiency of the memory.” And, as far as electronic computers are concerned, Remington Rand has clearly established its leadership in this art.

Illustrated above is a single plane of core storage, each of which holds 4,096 binary bits of information. Planes are wafer thin, and a stack capable of “remembering” 147,456 bits would measure only 13 inches in depth. The speed, economy, and reliability of this magnetic-core memory are now available in the new Univac Scientific Models 1103A and 1103B.

For the latest information about the Remington Rand magnetic-core memories or about the Univac Scientific, write, on your business letterhead, to…