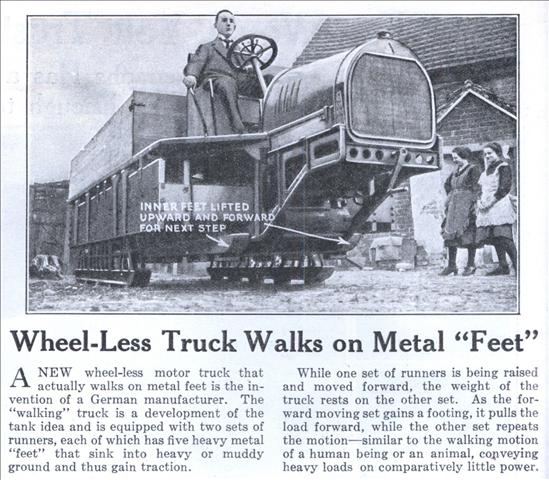 A NEW wheel-less motor truck that actually walks on metal feet is the invention of a German manufacturer. The “walking” truck is a development of the tank idea and is equipped with two sets of runners, each of which has five heavy metal “feet” that sink into heavy or muddy ground and thus gain traction.

While one set of runners is being raised and moved forward, the weight of the truck rests on the other set. As the forward moving set gains a footing, it pulls the load forward, while the other set repeats the motionâ€”similar to the walking motion of a human being or an animal, conveying heavy loads on comparatively little power.