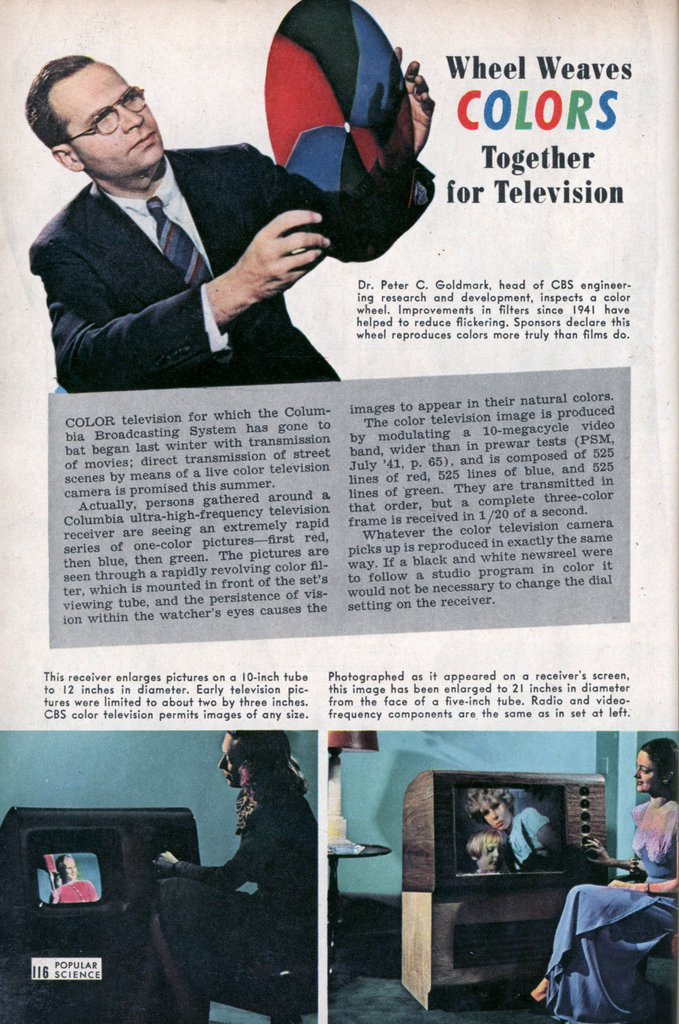 Wheel Weaves Colors Together for Television

Actually, persons gathered around a Columbia ultra-high-frequency television receiver are seeing an extremely rapid series of one-color picturesâ€”first red, then blue, then green. The pictures are seen through a rapidly revolving color filter, which is mounted in front of the set’s viewing tube, and the persistence of vision within the watcher’s eyes causes the images to appear in their natural colors.

The color television image is produced by modulating a 10-megacycle video band, wider than in prewar tests (PSM, July ’41, p. 65), and is composed of 525 lines of red, 525 lines of blue, and 525 lines of green. They are transmitted in that order, but a complete three-color frame is received in 1/20 of a second.

Whatever the color television camera picks up is reproduced in exactly the same way. If a black and white newsreel were to follow a studio program in color it would not be necessary to change the dial setting on the receiver.