This looks like something out of a cartoon. I want one. 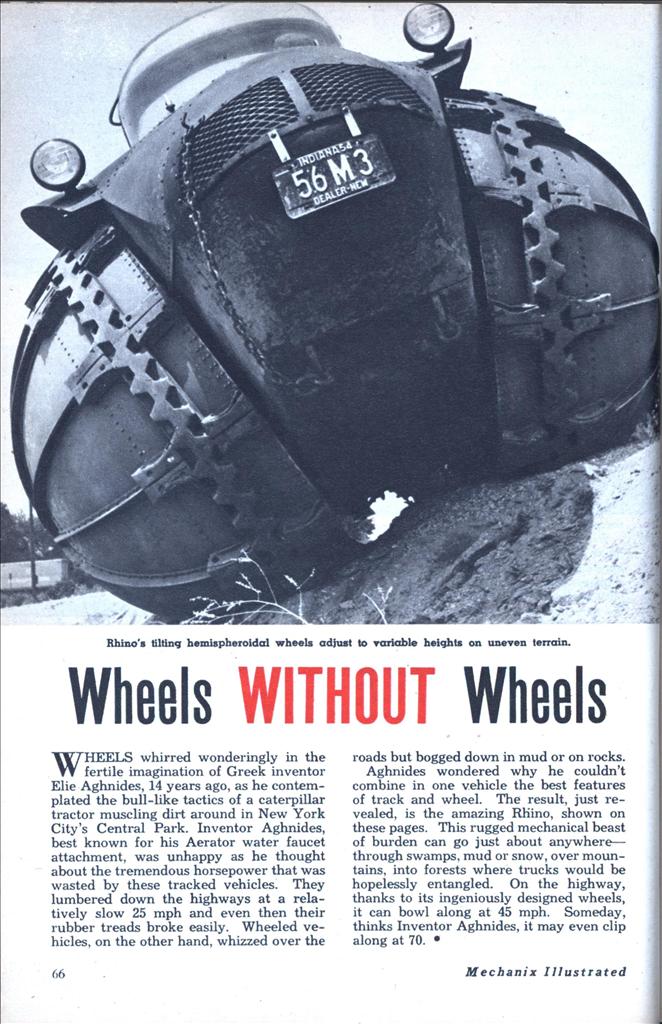 WHEELS whirred wonderingly in the fertile imagination of Greek inventor Elie Aghnides, 14 years ago, as he contemplated the bull-like tactics of a caterpillar tractor muscling dirt around in New York City’s Central Park. Inventor Aghnides, best known for his Aerator water faucet attachment, was unhappy as he thought about the tremendous horsepower that was wasted by these tracked vehicles. They lumbered down the highways at a relatively slow 25 mph and even then their rubber treads broke easily. Wheeled vehicles, on the other hand, whizzed over the roads but bogged down in mud or on rocks.

Aghnides wondered why he couldn’t combine in one vehicle the best features of track and wheel. The result, just revealed, is the amazing Rhino, shown on these pages. This rugged mechanical beast of burden can go just about anywhere— through swamps, mud or snow, over mountains, into forests where trucks would be hopelessly entangled. On the highway, thanks to its ingeniously designed wheels, it can bowl along at 45 mph. Someday, thinks Inventor Aghnides, it may even clip along at 70. •