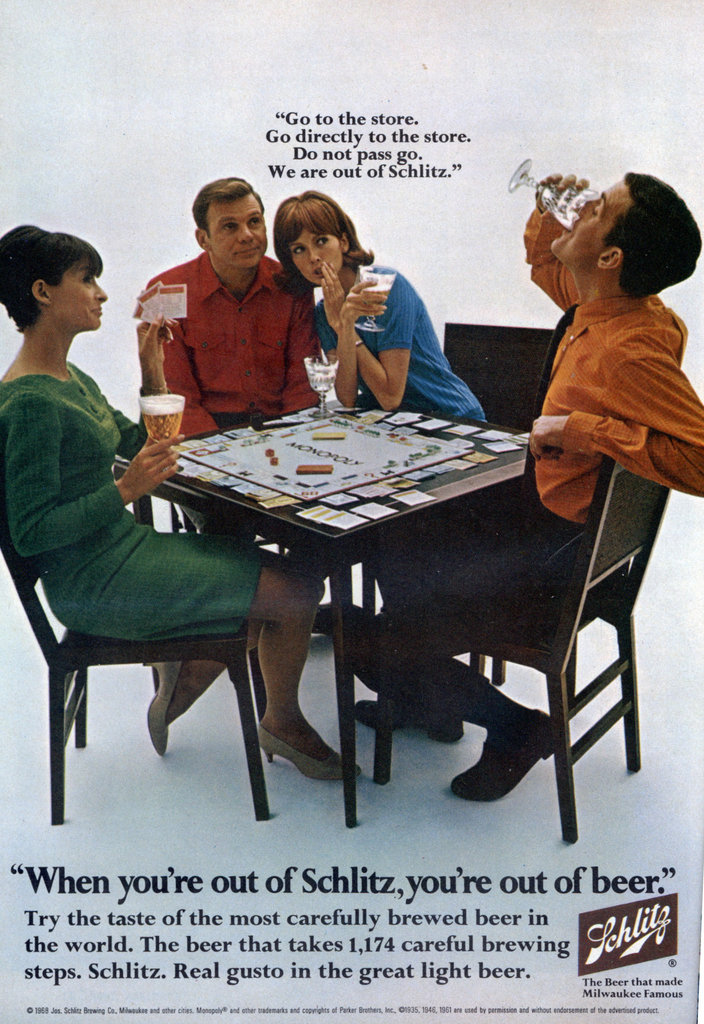 Do not pass go. We are out of Schlitz.”

Try the taste of the most carefully brewed beer in the world. The beer that takes 1,174 careful brewing steps. Schlitz. Real gusto in the great light beer.

Schlitz
The Beer that made Milwaukee Famous