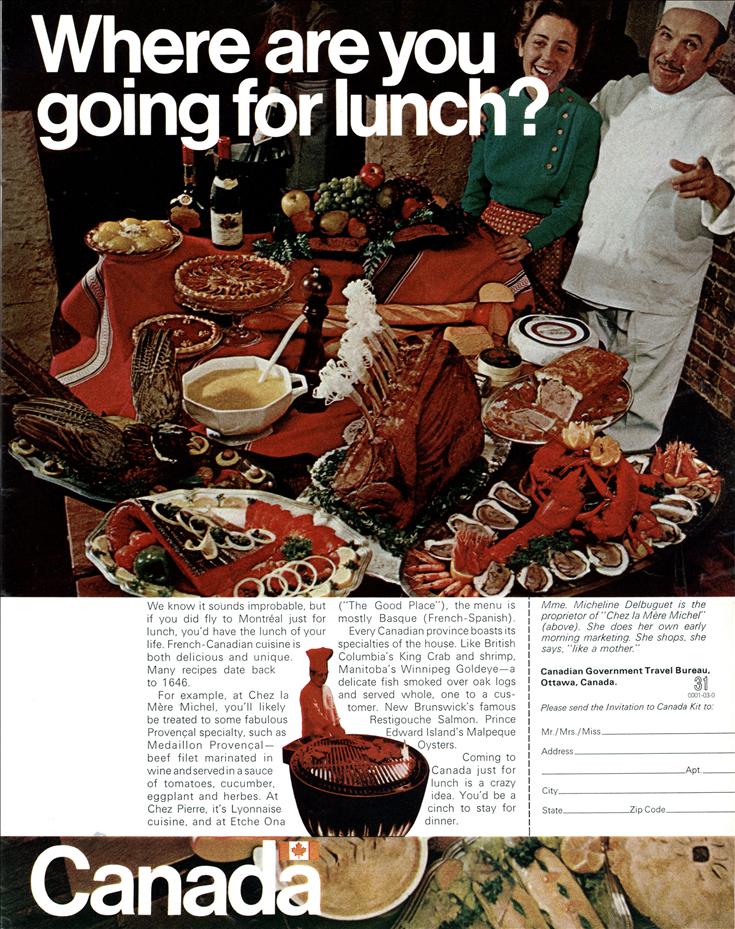 Where are you going for lunch? Canada.

We know it sounds improbable, but if you did fly to Montreal just for lunch, you’d have the lunch of your life. French-Canadian cuisine is both delicious and unique. Many recipes date back to 1646.

For example, at Chez la Mere Michel, you’ll likely be treated to some fabulous Provencal specialty, such as Medaillon Provencal — beef filet marinated in wine and served in a sauce of tomatoes, cucumber, eggplant and herbes. At Chez Pierre, it’s Lyonnaise cuisine, and at Etche Ona (“The Good Place”), the menu is mostly Basque (French-Spanish).

Coming to Canada just for lunch is a crazy idea. You’d be a cinch to stay for dinner.

Mme. Micheline Delbuguet is the proprietor of “Chez la Mere Michel” (above). She does her own early morning marketing. She shops, she says, “like a mother.”