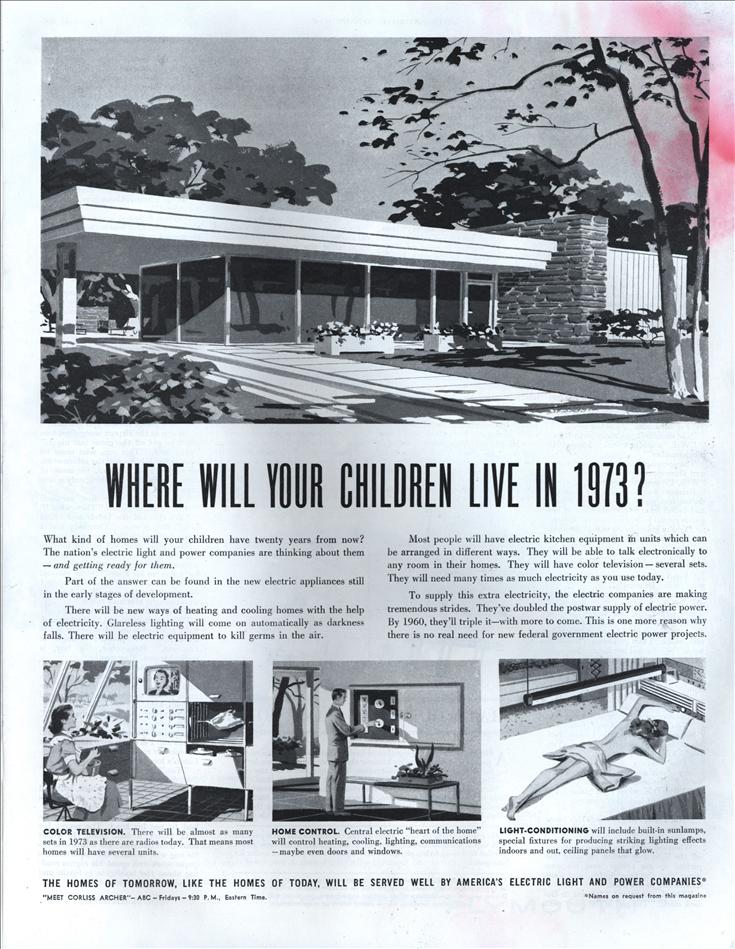 WHERE WILL YOUR CHILDREN LIVE IN 1973?

What kind of homes will your children have twenty years from now? The nation’s electric light and power companies are thinking about them — and getting ready for them.

Part of the answer can be found in the new electric appliances still in the early stages of development.

There will be new ways of heating and cooling homes with the help of electricity. Glareless lighting will come on automatically as darkness falls. There will be electric equipment to kill germs in the air.

Most people will have electric kitchen equipment in units which can be arranged in different ways. They will be able to talk electronically to any room in their homes. They will have color television — several sets. They will need many times as much electricity as you use today.

To supply this extra electricity, the electric companies are making tremendous strides. They’ve doubled the postwar supply of electric power. By 1960, they’ll triple it—with more to come. This is one more reason why there is no real need for new federal government electric power projects.

THE HOMES OF TOMORROW, LIKE THE HOMES OF TODAY, WILL BE SERVED WELL BY AMERICA’S ELECTRIC LIGHT AND POWER COMPANIES*
* Names on request from this magazine