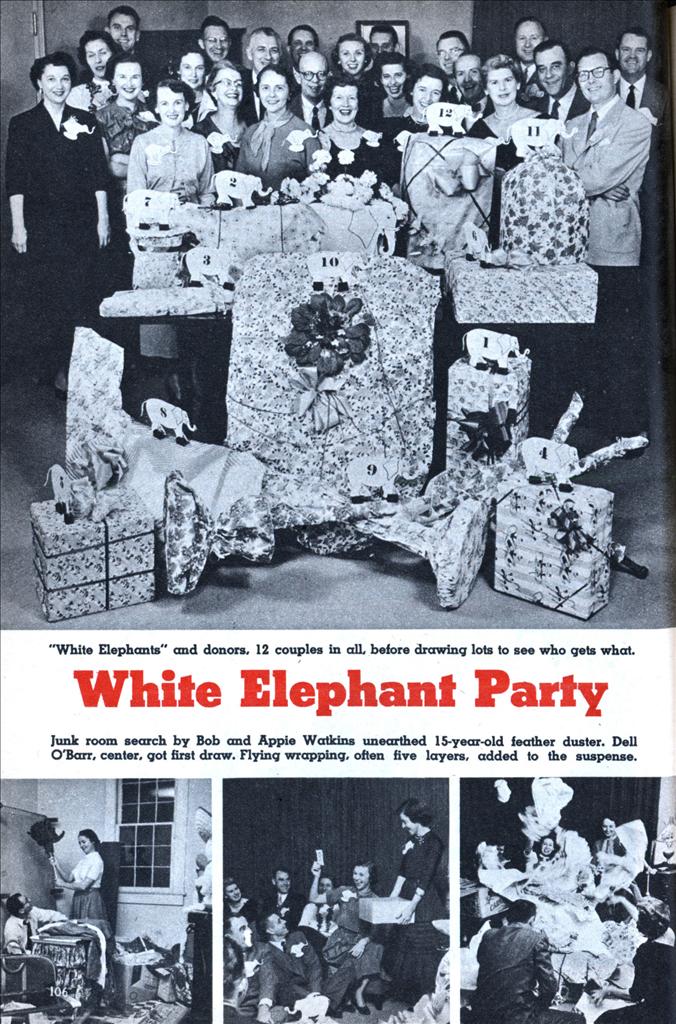 There is only one drawback to this kind of affair: you may get back a worse eyesore than one you gave.

GETTING rid of unwanted household articles and having a good time to boot, was the purpose of a recent White Elephant Party celebrated by a group of Camden, S. C., Du Pont plant employes and their wives. The reason for such an affair is diabolically simple: find that awful gift your great-aunt Zenobia gave you a few years ago, gaily wrap it and bring it to a party where some unsuspecting soul will win it. There is only one drawback to this plan: what you win may prove to be more of a white elephant than what you gave!