So apparently men like blondes better because they have lower blood pressure? 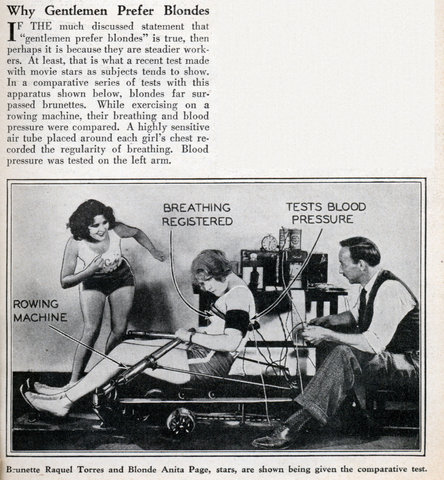 Why Gentlemen Prefer Blondes
IF THE much discussed statement that “gentlemen prefer blondes” is true, then perhaps it is because they are steadier workers. At least, that is what a recent test made with movie stars as subjects tends to show. In a comparative series of tests with this apparatus shown below, blondes far surpassed brunettes. While exercising on a rowing machine, their breathing and blood pressure were compared. A highly sensitive air tube placed around each girl’s chest recorded the regularity of breathing. Blood pressure was tested on the left arm.