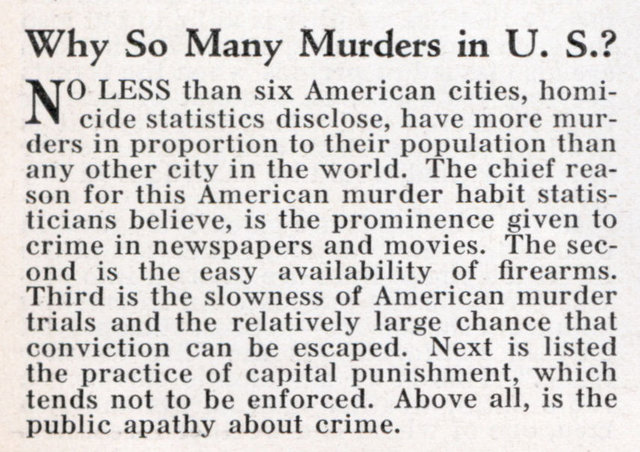 NO LESS than six American cities, homicide statistics disclose, have more murders in proportion to their population than any other city in the world. The chief reason for this American murder habit statisticians believe, is the prominence given to crime in newspapers and movies. The second is the easy availability of firearms. Third is the slowness of American murder trials and the relatively large chance that conviction can be escaped. Next is listed the practice of capital punishment, which tends not to be enforced. Above all, is the public apathy about crime.