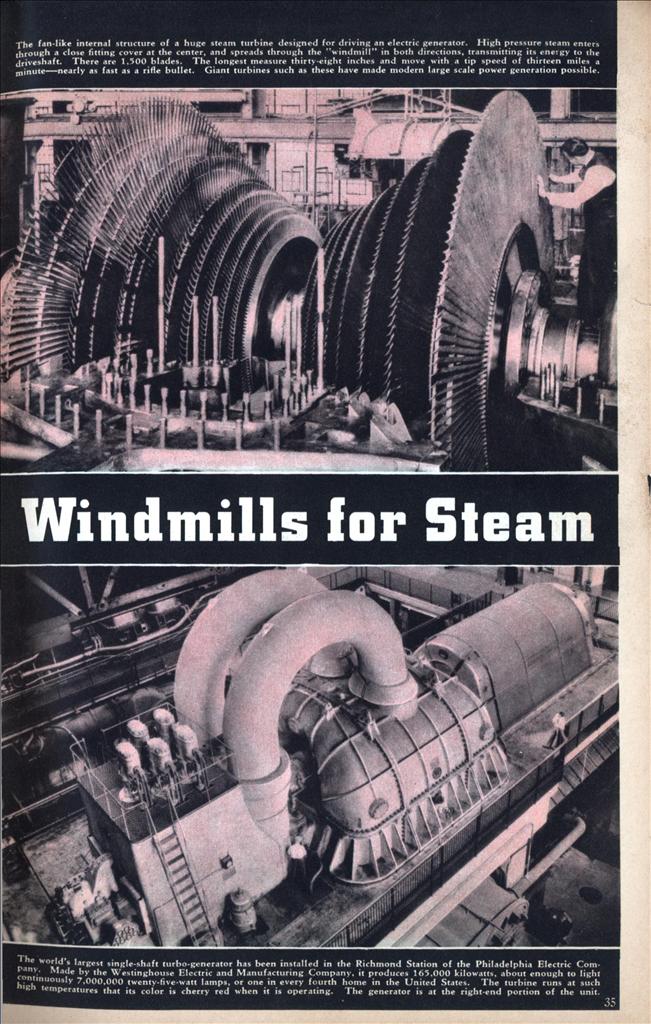 The fan-like internal structure of a huge steam turbine designed for driving an electric generator. High pressure steam enters through a close fitting cover at the center, and spreads through the “windmill” in both directions, transmitting its energy to the driveshaft. There are 1,500 blades. The longest measure thirty-eight inches and move with a tip speed of thirteen miles a minute—nearly as fast as a rifle bullet. Giant turbines such as these have made modern large scale power generation possible.

The world’s largest single-shaft turbo-generator has been installed in the Richmond Station of the Philadelphia Electric Company. Made by the Westinghouse Electric and Manufacturing Company, it produces 165.000 kilowatts, about enough to light continuously 7,000,000 twenty-five-watt lamps, or one in every fourth home in the United States. The turbine runs at such high temperatures that its color is cherry red when it is operating. The generator is at the right-end portion of the unit.