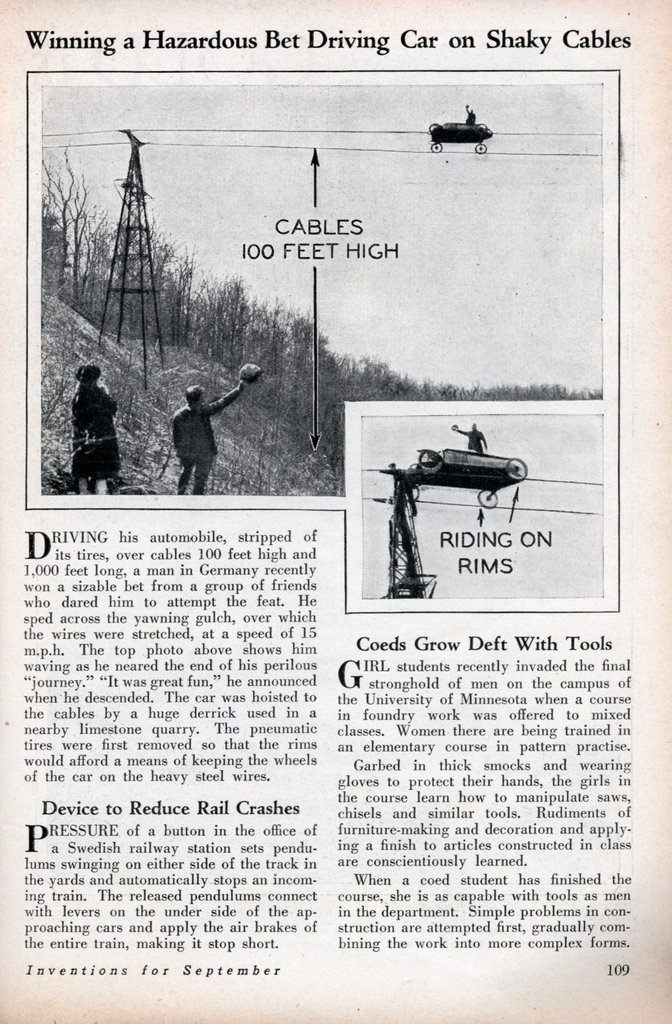 Winning a Hazardous Bet Driving Car on Shaky Cables
DRIVING his automobile, stripped of its tires, over cables 100 feet high and ],000 feet long, a man in Germany recently won a sizable bet from a group of friends who dared him to attempt the feat. He sped across the yawning gulch, over which the wires were stretched, at a speed of 15 m.p.h. The top photo above shows him waving as he neared the end of his perilous “journey.” “It was great fun,” he announced when he descended. The car was hoisted to the cables by a huge derrick used in a nearby limestone quarry. The pneumatic tires were first removed so that the rims would afford a means of keeping the wheels of the car on the heavy steel wires.