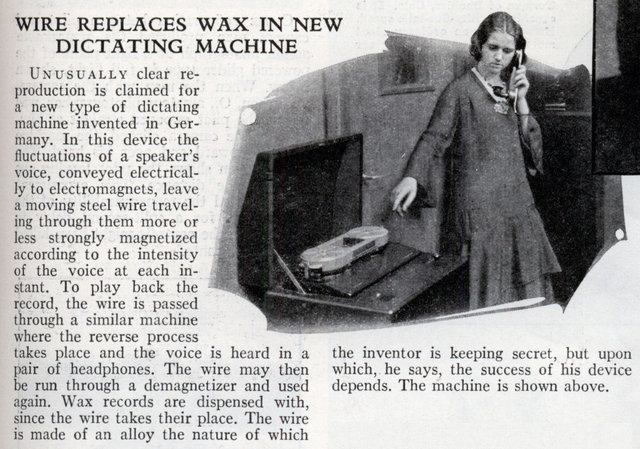 Unusually clear reproduction is claimed for a new type of dictating machine invented in Germany. In this device the fluctuations of a speaker’s voice, conveyed electrically to electromagnets, leave a moving steel wire traveling through them more or less strongly magnetized according to the intensity of the voice at each instant. To play back the record, the wire is passed through a similar machine where the reverse process takes place and the voice is heard in a pair of headphones. The wire may then be run through a demagnetizer and used again. Wax records are dispensed with, since the wire takes their place. The wire is made of an alloy the nature of which the inventor is keeping secret, but upon which, he says, the success of his device depends. The machine is shown above.