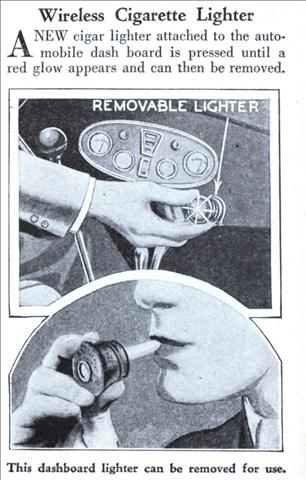 Wireless Cigarette Lighter
A NEW cigar lighter attached to the automobile dash board is pressed until a red glow appears and can then be removed.