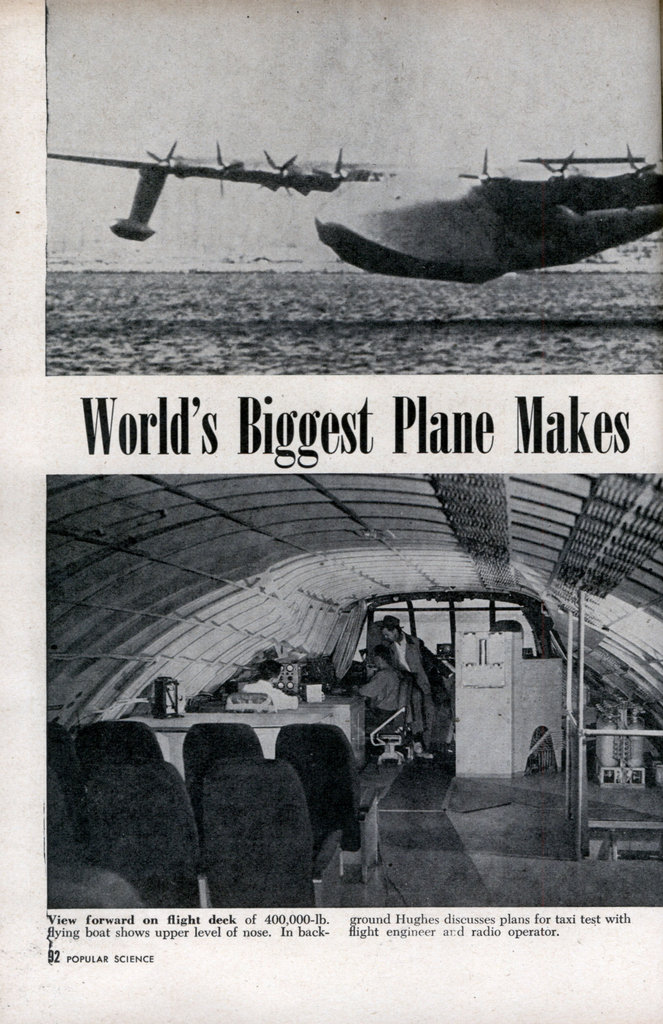 The biggest airplane in the world, Howard Hughes’ huge flying boat, has taken to the air at last. Hughes himself, shown above at the controls, unexpectedly lifted the big ship between 70 and 80 feet in the air during a taxi test in Los Angeles harbor.