If she drives so fast, why would anyone be tempted to scream “Woman driver” at her? Or did people just scream that every time they saw a woman driving a car? 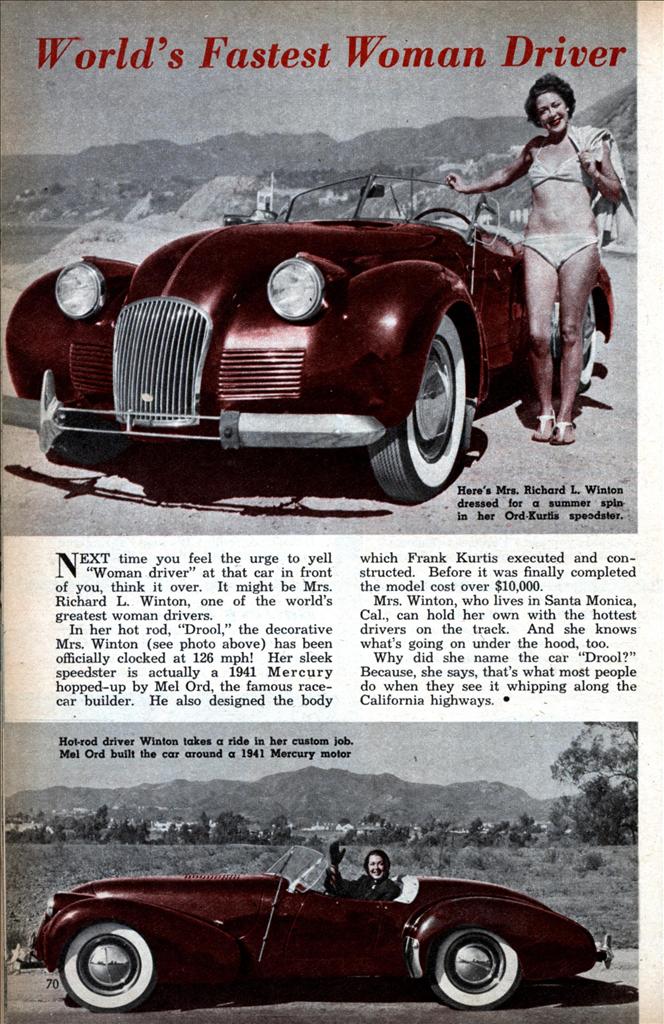 NEXT time you feel the urge to yell “Woman driver” at that car in front of you, think it over. It might be Mrs. Richard L. Winton, one of the world’s greatest woman drivers.

In her hot rod, “Drool,” the decorative Mrs. Winton (see photo above) has been officially clocked at 126 mph! Her sleek speedster is actually a 1941 Mercury hopped-up by Mel Ord, the famous race-car builder. He also designed the body which Frank Kurtis executed and constructed. Before it was finally completed the model cost over $10,000.

Mrs. Winton, who lives in Santa Monica, Cal., can hold her own with the hottest drivers on the track. And she knows what’s going on under the hood, too.

Why did she name the car “Drool?” Because, she says, that’s what most people do when they see it whipping along the California highways.