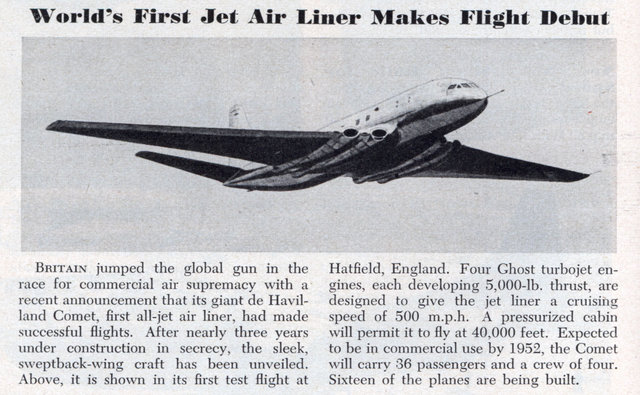 Britain jumped the global gun in the race for commercial air supremacy with a recent announcement that its giant de Haviland Comet, first all-jet air liner, had made successful flights. After nearly three years under construction in secrecy, the sleek, sweptback-wing craft has been unveiled. Above, it is shown in its first test flight at Hatfield, England. Four Ghost turbojet engines, each developing 5,000-lb. thrust, are designed to give the jet liner a cruising speed of 500 m.p.h. A pressurized cabin will permit it to fly at 40,000 feet. Expected to be in commercial use by 1952, the Comet will carry 36 passengers and a crew of four. Sixteen of the planes are being built.