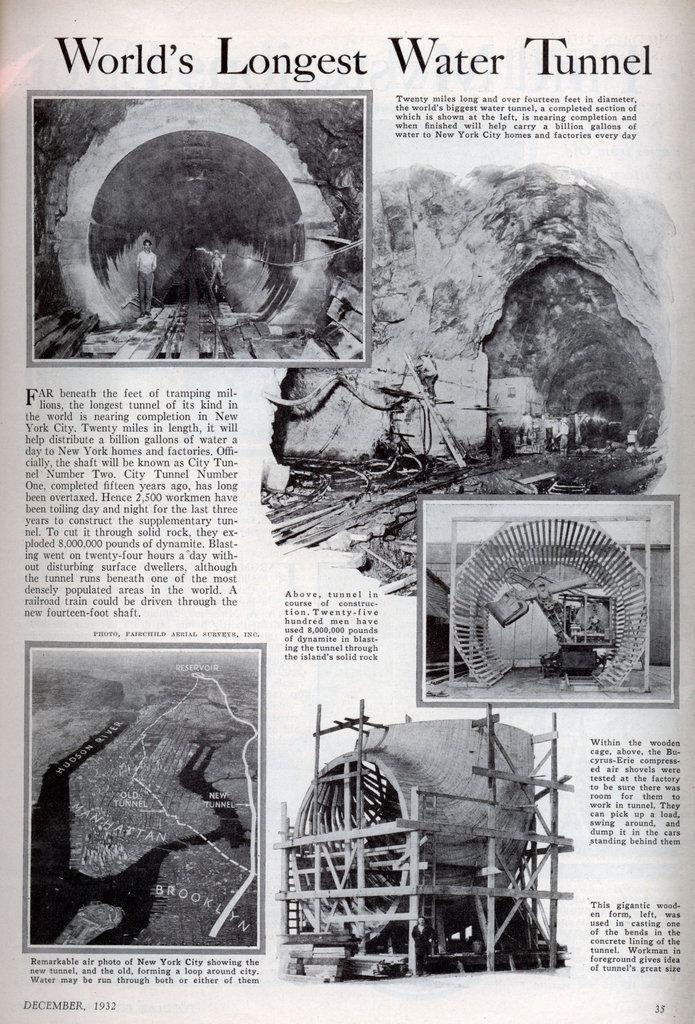 FAR beneath the feet of tramping millions, the longest tunnel of its kind in the world is nearing completion in New York City. Twenty miles in length, it will help distribute a billion gallons of water a day to New York homes and factories. Officially, the shaft will be known as City Tunnel Number Two. City Tunnel Number One, completed fifteen years ago, has long been overtaxed. Hence 2,500 workmen have been toiling day and night for the last three years to construct the supplementary tunnel. To cut it through solid rock, they exploded 8.000,000 pounds of dynamite. Blasting went on twenty-four hours a day without disturbing surface dwellers, although the tunnel runs beneath one of the most densely populated areas in the world. A railroad train could be driven through the new fourteen-foot shaft.