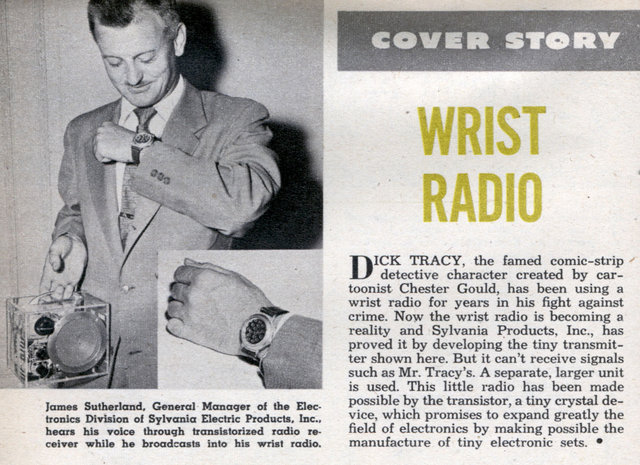 DICK TRACY, the famed comic-strip detective character created by cartoonist Chester Gould, has been using a wrist radio for years in his fight against crime. Now the wrist radio is becoming a reality and Sylvania Products, Inc., has proved it by developing the tiny transmitter shown here. But it can’t receive signals such as Mr. Tracy’s. A separate, larger unit is used. This little radio has been made possible by the transistor, a tiny crystal device, which promises to expand greatly the field of electronics by making possible the manufacture of tiny electronic sets.