Undoubtedly in WW III the robot drone prisoners will take up this very same hobby. 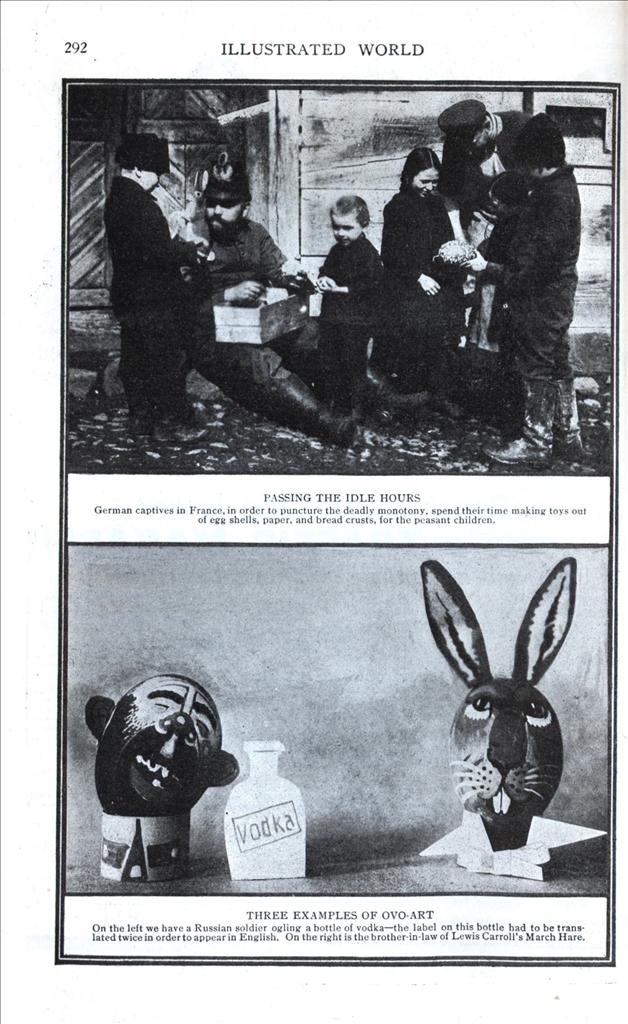 PASSING THE IDLE HOURS German captives in France, in order to puncture the deadly monotony, spend their time making toys out of egg shells, paper, and bread crusts, for the peasant children.

THREE EXAMPLES OF OVO-ART On the left we have a Russian soldier ogling a bottle of vodka—the label on this bottle had to be translated twice in order to appear in English. On the right is the brother-in-law of Lewis Carroll’s March Hare.

GERMAN SOLDIER AND FRENCH PIG The censor has interfered with the explanation; we can only guess whether the artist would have called this pleasant scene “Pals” as a satire upon his living condition, or merely “The Commissary’s Delight”.

BRITISH WARSHIPS BEWARE! This fiend of the seas is constructed of eggs, ink, paper, slue, and similar deadly materials.