If my father had really loved me, he would have made me one of these. 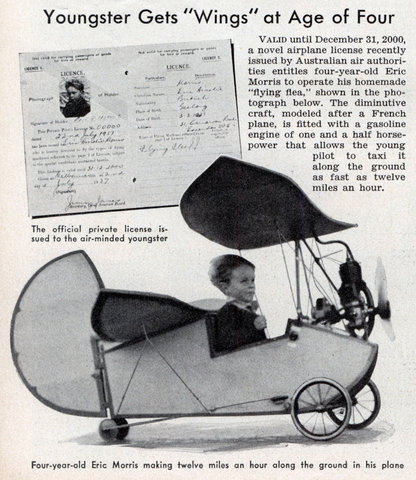 Youngster Gets “Wings” at Age of Four

Valid until December 31, 2000, a novel airplane license recently issued by Australian air authorities entitles four-year-old Eric Morris to operate his homemade “flying flea,” shown in the photograph below. The diminutive craft, modeled after a French plane, is fitted with a gasoline engine of one and a half horsepower that allows the young pilot to taxi it along the ground as fast as twelve miles an hour.