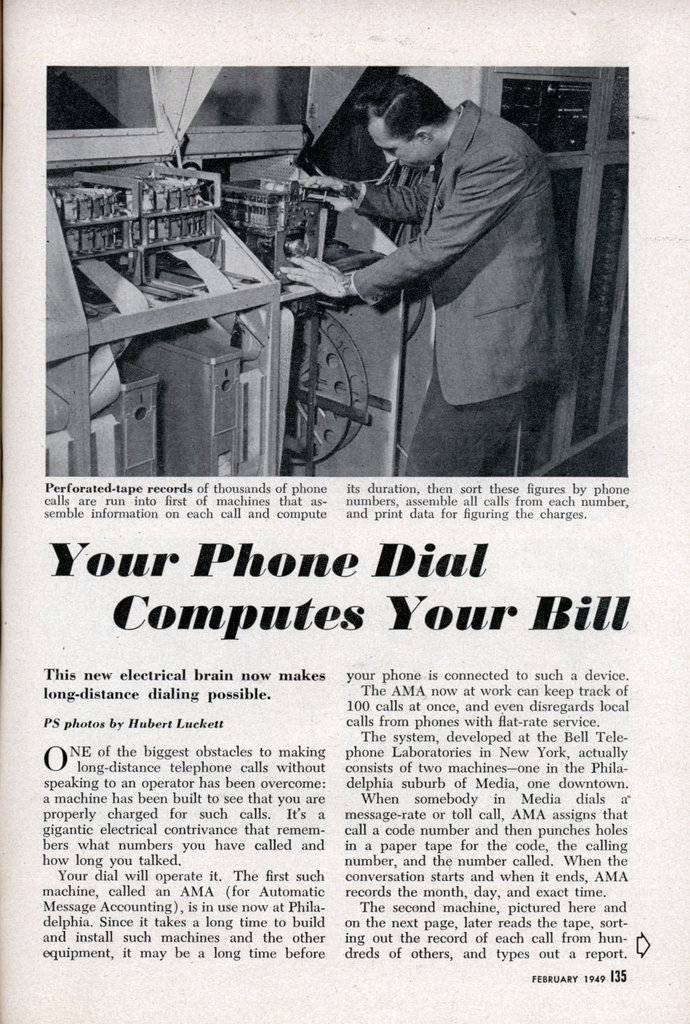 Your Phone Dial Computes Your Bill

ONE of the biggest obstacles to making long-distance telephone calls without speaking to an operator has been overcome: a machine has been built to see that you are properly charged for such calls. It’s a gigantic electrical contrivance that remembers what numbers you have called and how long you talked.

Your dial will operate it. The first such machine, called an AMA (for Automatic Message Accounting), is in use now at Philadelphia. Since it takes a long time to build and install such machines and the other equipment, it may be a long time before your phone is connected to such a device.

The AMA now at work can keep track of 100 calls at once, and even disregards local calls from phones with flat-rate service.

The system, developed at the Bell Telephone Laboratories in New York, actually consists of two machinesâ€”one in the Philadelphia suburb of Media, one downtown.

When somebody in Media dials a message-rate or toll call, AMA assigns that call a code number and then punches holes in a paper tape for the code, the calling number, and the number called. When the conversation starts and when it ends, AMA records the month, day, and exact time.

The second machine, pictured here and on the next page, later reads the tape, sorting out the record of each call from hundreds of others, and types out a report.