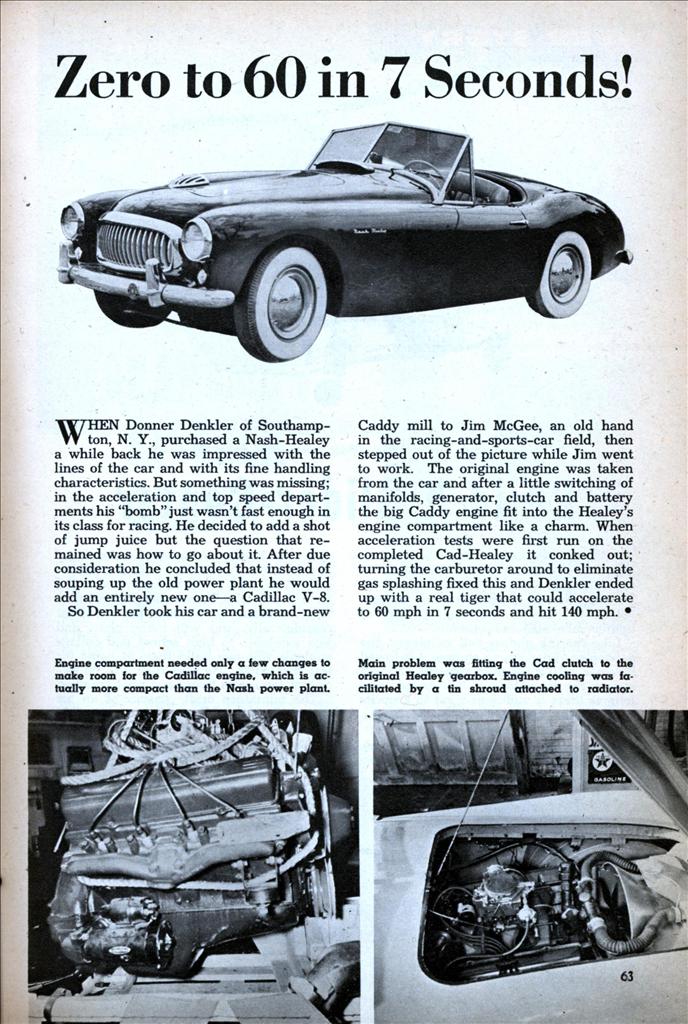 WHEN Donner Denkler of Southampton, N. Y., purchased a Nash-Healey a while back he was impressed with the lines of the car and with its fine handling characteristics. But something was missing; in the acceleration and top speed departments his “bomb” just wasn’t fast enough in its class for racing. He decided to add a shot of jump juice but the question that remained was how to go about it. After due consideration he concluded that instead of souping up the old power plant he would add an entirely new one—a Cadillac V-8.

So Denkler took his car and a brand-new Caddy mill to Jim McGee, an old hand in the racing-and-sports-car field, then stepped out of the picture while Jim went to work. The original engine was taken from the car and after a little switching of manifolds, generator, clutch and battery the big Caddy engine fit into the Healey’s engine compartment like a charm. When acceleration tests were first run on the completed Cad-Healey it conked out; turning the carburetor around to eliminate gas splashing fixed this and Denkler ended up with a real tiger that could accelerate to 60 mph in 7 seconds and hit 140 mph. •