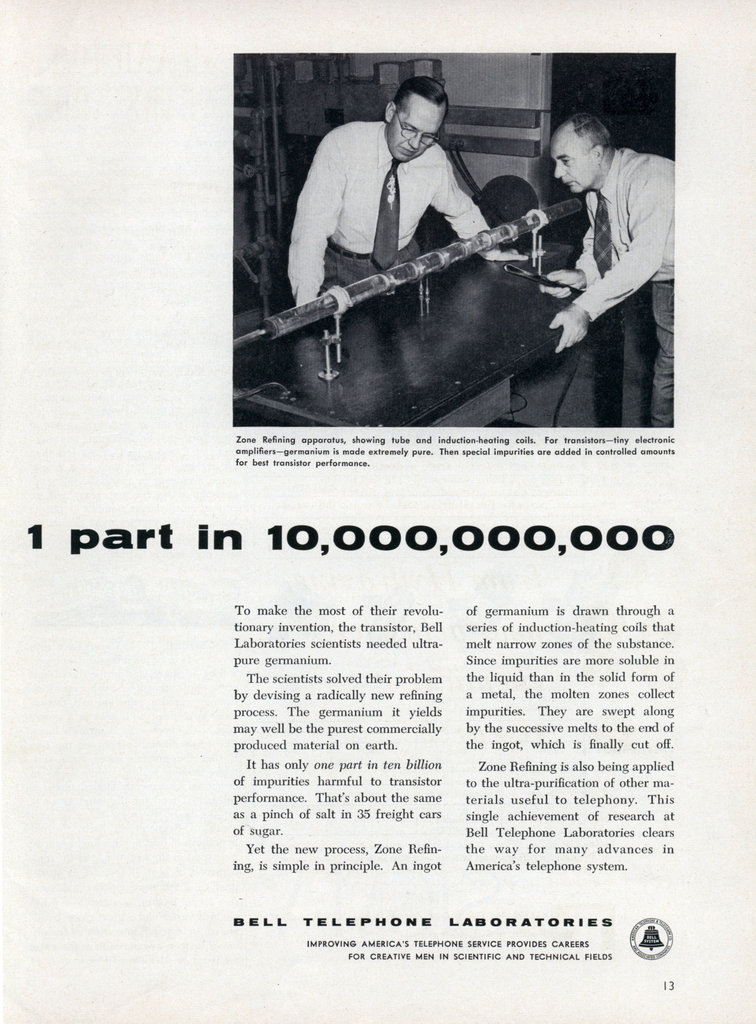 To make the most of their revolutionary invention, the transistor, Bell Laboratories scientists needed ultra-pure germanium.

The scientists solved their problem by devising a radically new refining process. The germanium it yields may well be the purest commercially produced material on earth.

It has only one part in ten billion of impurities harmful to transistor performance. That’s about the same as a pinch of salt in 35 freight cars of sugar.

Yet the new process, Zone Refining, is simple in principle. An ingot of germanium is drawn through a series of induction-heating coils that melt narrow zones of the substance. Since impurities are more soluble in the liquid than in the solid form of a metal, the molten zones collect impurities. They are swept along by the successive melts to the end of the ingot, which is finally cut off.

Zone Refining is also being applied to the ultra-purification of other materials useful to telephony. This single achievement of research at Bell Telephone Laboratories clears the way for many advances in America’s telephone system.