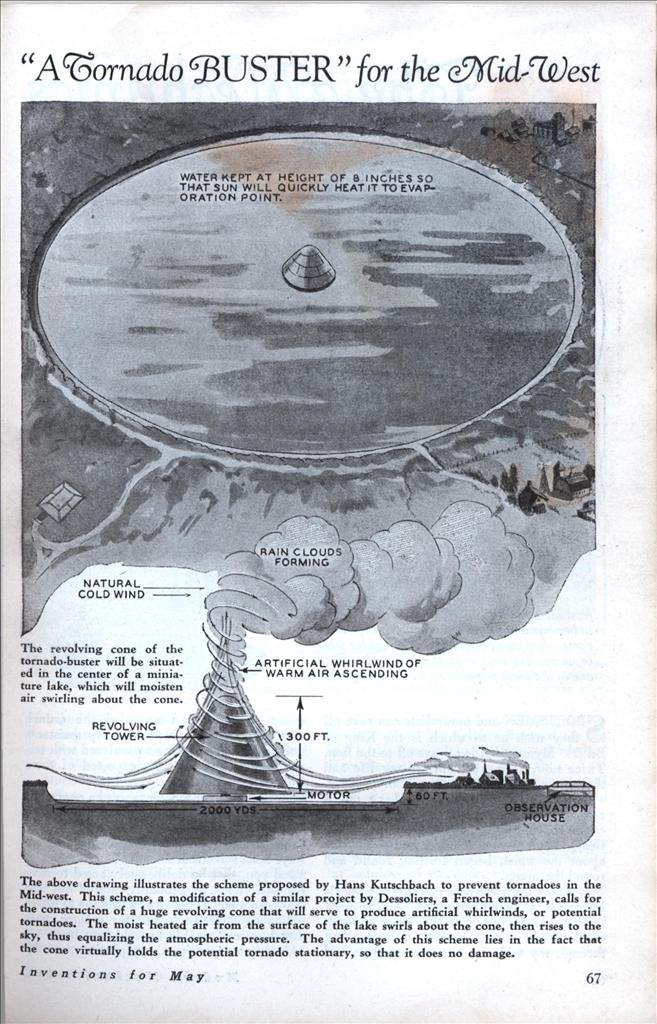 “A Tornado BUSTER” for the Mid-West
The above drawing illustrates the scheme proposed by Hans Kutschbach to prevent tornadoes in the Mid-west. This scheme, a modification of a similar project by Dessoliers, a French engineer, calls for the construction of a huge revolving cone that will serve to produce artificial whirlwinds, or potential tornadoes. The moist heated air from the surface of the lake swirls about the cone, then rises to the sky, thus equalizing the atmospheric pressure. The advantage of this scheme lies in the fact that the cone virtually holds the potential tornado stationary, so that it does no damage.